×
Newsyolo.com > Business > Hungary discloses the cost of the sanctions against Russia 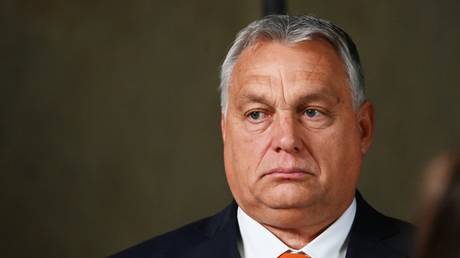 Hungary discloses the cost of the sanctions against Russia

Budget constraints brought on by EU restrictions will force Budapest to reduce social spending, according to Prime Minister Viktor Orban.

According to Prime Minister Viktor Orban on Friday, the Western sanctions against Russia are costing the Hungarian economy billions of dollars.

He claimed that “the policy of sanctions,” which has caused a sharp increase in energy prices throughout the EU, will cost his nation’s economy $10 billion annually.

Orban explained that Hungary’s opposition to the sanctions “doesn’t seem excessive” from this perspective because the pressure on the Hungarian budget will cause reductions in social spending.

Speaking to local media earlier this week, he asserted that “the policy of sanctions is a way to war” and emphasized that Budapest’s main objective is to prevent a recession across all of Europe.

The leader of Hungary has frequently argued that the sanctions imposed on Moscow are more detrimental to the EU than they are to Russia and has been a vocal critic of the EU’s handling of the conflict in Ukraine.

Hungary’s government has resisted EU plans to outright ban imports of oil and gas from Russia because the country’s economy is heavily dependent on its energy supplies. Budapest was granted several exemptions from the bloc-wide ban on buying Russian fossil fuels following tense negotiations.