×
Newsyolo.com > Political > Immigration news | Gillibrand: I erred on the issue of immigration 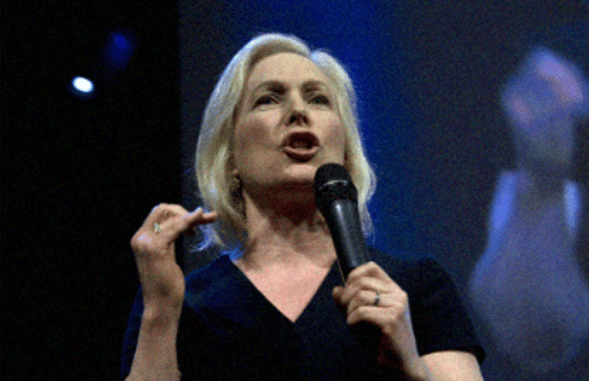 Immigration news | Gillibrand: I erred on the issue of immigration

On Tuesday, Democratic presidential candidate Kirsten Gillibrand addressed some of her former views on immigration. She claimed that these views “didn’t care” about the needs of diverse Americans.

The New York senator stated, “When I was a member of Congress from upstate New York, I was particularly focused on the concerns of my constituency.” “I realized some of my beliefs truly did need to change when I was elected senator for the entire state.”

Before taking office as a senator in 2009, Gillibrand served as a representative for a largely Republican district in the House and expressed opinions on immigration that have come back to haunt her as she runs for the Democratic nomination in 2020, including blocking some benefits for undocumented immigrants and declaring English as the official language.

These outdated positions particularly undermine her position as the antithesis of President Donald Trump, whose campaign and administration have made tougher punishments and stricter enforcement of immigration laws a cornerstone.

During the town hall, Gillibrand claimed to have undergone significant change since serving in the House and expressed her “ashamedness” about her previous positions. She further distanced herself from the president, whom she claimed was incapable of change, by drawing on her ideological development.

During her time in the Senate, Gillibrand claimed she has prioritized comprehensive immigration reform. She pledged to keep fighting for the reunification of families split up by the “zero tolerance” policy of the Trump administration last summer. She also backed creating a path to citizenship for DACA recipients.