×
Newsyolo.com > entertainment > In this photo, 13-year-old Britney Spears says her father made her feel “ugly.” 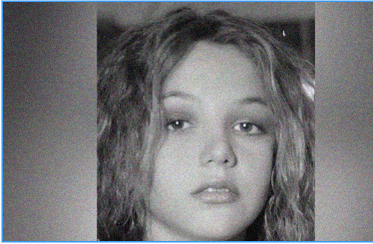 In this photo, 13-year-old Britney Spears says her father made her feel “ugly.”

Britney Spears posted a nostalgic image along with an emotional message.

Following the announcement of her pregnancy last month, Britney Spears has been posting frequently on Instagram, updating followers on her life and journey. The legendary singer, who in November exited a contentious guardianship presided over by her father Jamie Spears, has written a moving letter about how he has affected her over the years. Britney Spears talked about how her father’s words and deeds caused her to shift from feeling beautiful at the age of 13 to ugly as she grew older. Britney shared a stunning flashback photo from her teenage years. The singer said that Jamie Spears destroyed the “deep seed” of her existence in the caption.

13 was the age I felt kind of gorgeous, as Britney Spears revealed in the lengthy message, which was interlaced with a variety of emojis. I think my rebellious days were brought on by my constant need to be flawless and attractive; afterward, I went to extremes and was naughty and wild, but during those rebellious days, I truly still felt…,” she continued, noting that things changed with the conservatorship.

I was constantly told I was obese and never good enough, which was one of the things the conservatorship did to me and one of the things that wounded me the most. I always felt pressured to try, try, try by my father. Big. He ruined the deep seed of my existence, the seed that made me feel attractive like when I was 13, my confidence, my swag, my inner conversation, and yes even my sex life, all ruined,” the Oops!… I Did It Again singer added. “He caused me to feel ugly, therefore I must have been.

Britney Spears said while discussing how it affected her, “Trust me, feeling pretty is a whole different universe. I am aware because I have seen both. It’s okay if that makes some people uncomfortable. The best conversations are uncomfortable ones.

The pop artist continued by saying, “I felt so happy about myself the moment the conservatorship was finished. A whole new universe opened up for me after I stopped trying so damn hard. I was because I felt gorgeous. Although I may feel that way, my dad and every other person who supported him have caused psychological harm that will never go away.

Finally, Britney Spears said, “What you think, therefore you are. Kind of like I’m 13 again.

Britney Spears, who started as a child star, became a singing celebrity. Her ascent to prominence, meanwhile, was accompanied by issues with her mental health and unpredictable behavior in public. She was previously married to Kevin Federline and Jason Allen Alexander. Along with Kevin Federline, she has two boys. Britney Spears and Sam Asghari are now engaged. Their first child together is on the way for the couple.