×
Newsyolo.com > Finance > Inflation in the United States rose to 9.1 percent in June, a fresh 40-year high. 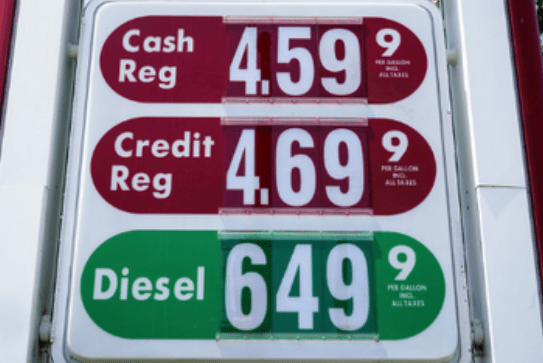 Inflation in the United States rose to 9.1 percent in June, a fresh 40-year high.

Inflation in the United States reached a new four-decade high in June as a result of rising gas, food, and rent prices. This put additional pressure on households and likely sealed the Federal Reserve’s decision to raise interest rates significantly once again, leading to greater borrowing costs.

The government reported that consumer prices increased 9.1% from a year ago, which is higher than the 8.6% increase in May and the most 12-month increase since 1981. After prices jumped 1 percent from April to May, prices increased another significant amount, 1.3 percent on a monthly basis, from May to June.

The continued price rises highlight the devastating effects that inflation has had on many households, with the cost of necessities rising especially quickly relative to typical salaries. Due to the fact that a disproportionate amount of their income is spent on necessities like housing, transportation, and food, lower-income and Black and Hispanic Americans have been struck particularly hard.

Some economists have held out optimism that the short-term peak in inflation may be getting closer. Gas prices, for instance, have decreased from the eye-watering $5 per gallon hit in mid-June to an average of $4.66 throughout the country as of Tuesday — still much higher than a year ago, but a decrease that could help moderate inflation for July and perhaps August.