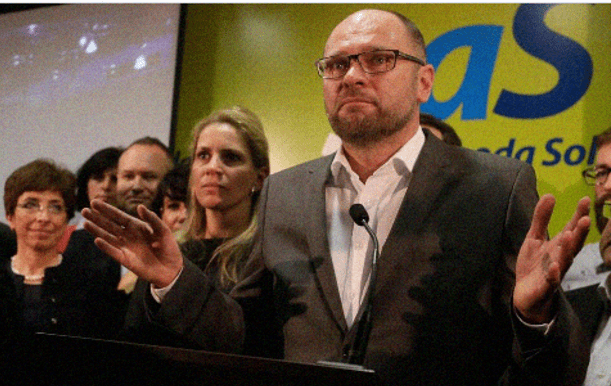 After a minor party threatened to leave the four-party coalition, Slovakia’s government found itself in yet another critical problem.

BRATISLAVA, Slovakia (AP) — Slovakia’s government is in the midst of yet another major crisis after a minor party threatened to leave the four-party coalition on Wednesday due to differences over how to handle increasing inflation.

In response to Finance Minister Igor Matovic, a populist figure whose Ordinary People party won the 2020 parliamentary election, the liberal Freedom and Solidarity party declared it was no longer willing to serve in the government.

The leader of Freedom and Solidarity, Economy Minister Richard Sulik, stated that “Igor Matovic is the main problem of the coalition.”

Sulik and Matovic, who is seen as populist politician, frequently disagree on how to address the rising inflation brought on by high energy costs during the Russian invasion of Ukraine.

Prime Minister Eduard Heger was given until the end of August to rearrange the Cabinet and govern without Matovic, or else its four members would quit, according to Freedom and Solidarity.

That choice was declined by Matovic’s Ordinary People party.

Heger claimed that Slovakia was going through its most difficult period in history. “The government should not collapse now.”

Matovic, who won the election two years ago on an anti-corruption platform, agreed to form a coalition with We Are Family, a populist right-wing organization connected to France’s extreme-right National Rally party, and Freedom and Solidarity, the conservative For People party.

The government prioritized the war on corruption in its policy decisions.

However, everything fell apart throughout the coronavirus pandemic last year when Matovic was forced to step down as prime minister for orchestrating a covert deal to buy 2 million doses of the Russian-made Sputnik V vaccine despite opposition from his coalition partners.