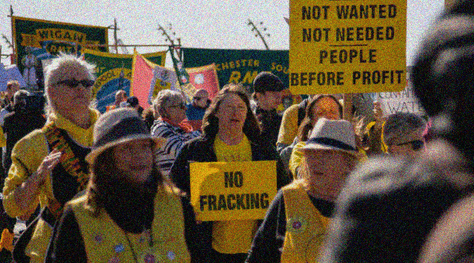 International business news | Britain will lift its prohibition on fracking

The action is thought to provide a solution to the energy issue.

Liz Truss, the next prime minister of the UK, declared on Thursday that the country’s ban on fracking would be lifted as part of a strategy to address the energy crisis and improve the domestic energy supply.

She remarked, as reported by The Independent, “We will make sure that the UK is a net energy exporter by 2040, far from being dependent on the global energy market and the activities of malicious actors.”

Developers will be able to request approval for fracking once the prohibition is lifted, and the UK may witness the first gas flow in as little as six months, she added.

With the help of fracking technologies, oil,licenses and gas

Truss made it clear multiple times during her campaign for prime minister that she would only permit fracking in areas where there is no vocal opposition to it. In Britain, only 17% of people support fracking, according to a government survey released the previous year.

Truss’ plan to address the energy problem includes lifting the ban on fracking as well as more than 100 new licences for oil and gas exploration in the North Sea and a new price cap on consumer energy bills of £2,500 ($2,880) that would endure for two years.