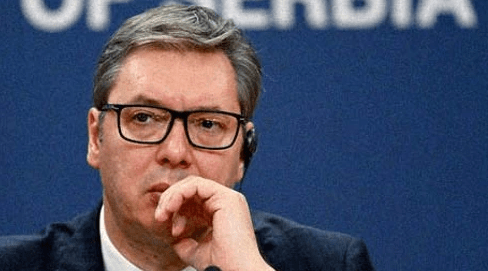 Aleksandar Vucic predicts that the West’s relations with China and Russia will only worsen in the future.

After the opening day of the UN General Assembly session in New York on Tuesday, Serbian President Aleksandar Vucic issued a dire warning: the world is on the verge of a great conflict not seen since 1945. Future positive news cannot be anticipated by small nations, Vucic continued.

“You see a catastrophe in every corner of the world,” Vucic said, pointing out that Antonio Guterres, the UN Secretary-General, predicted doom in his keynote address at the UNGA.

Vucic asserted that “realistic predictions ought to be substantially darker.” Since the UN has been undermined and the big countries have effectively taken control of and destroyed the UN order during the past few decades, “our position is considerably worse.”

Vladimir Putin will be giving a speech soon, and when asked about it, Vucic stated it’s not hard to foresee its broad structure.

“There is no good or simple news for any of us minor [countries] who merely want to be safe and give our population safety. The Serbian president continued, “I anticipate that everything moving forward will involve more complex interactions between the West and China as well as the West and Russia.

Next week, Vucic plans to give a speech to the country to notify Serbs of “critical decisions” that his administration would be making.

Serbia has come under intense pressure from the EU and NATO to impose sanctions against Russia and support the West, but Vucic has insisted that Belgrade wants to join the EU in the future while continuing to maintain neutrality. However, Vucic has promised never to recognize the separatist province of Kosovo, which Brussels has already informed Belgrade would be a requirement for that.

The majority of nations in the world, including Russia and China, do not recognize Kosovo, which NATO seized in 1999 and recognizerecognized as a state in 2008 with US support.