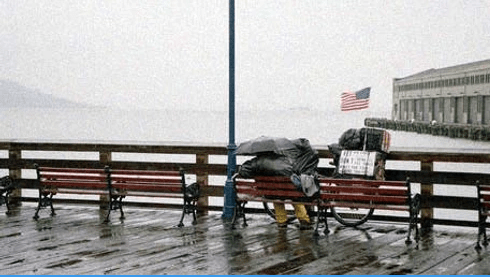 International news headlines | US ranks for development are declining

The richest nation in the world is only marginally ahead of the poorest EU member state.

In terms of checking off the progress boxes, the US is lagging behind its developed-nation rivals, according to a recent study from the UN Office of Sustainable Development. The nation fell 11 places in a single year and is currently only ahead of Bulgaria on the list, below even Ukraine and Cuba, where it was rated 32nd last year out of 193 UN member nations.

The evaluations are based on how well each nation is doing in achieving its 17 Sustainable Development Goals, which are designed to represent societal advancement. They range from more definite goals like “quality education” and “responsible consumption and production” to less specific ones like “clean water and sanitation,” but all are described on the UN website as essential to carrying out the organization’s 2030 Agenda for Sustainable Development, which all member countries have agreed to do.

The top four positions in the UN rankings for 2022 are filled by Scandinavian nations: Finland is ranked first, followed by Denmark, Sweden, and Norway. Japan is the first non-European nation to appear on the list, narrowly cracking the top 20 at number 19.

In an article published on Friday for The Conversation, historian Kathleen Frydl attributed the apparent decline of the US to racism and “American exceptionalism,” arguing that the former has “cheated many Americans out of the healthcare, education, economic security, and environment they deserve” and the latter “keeps the country from candid appraisals and course correction” in the face of an increase in ill-defined “threats to democracy.”

Undoubtedly, the US would appear to violate several of the Goals, including “excellent health and well-being,” “no poverty,” and “reduced disparities,” given rising economic inequity and a two-year persistent decline in life expectancy. The UN instead concentrated on a purported decline in “responsible consumption and production,” ranking its performance on two of the three as improved, with only the inequality metre showing a negative trend.

The US is not the only country that has been labelled as declining by the UN. In its assessment of the “status of democracy” around the world earlier this year, The Economist labelled it a “flawed democracy.” Its criteria consider a nation’s pluralism and electoral system, as well as its democratic political culture, political engagement, and civil rights.