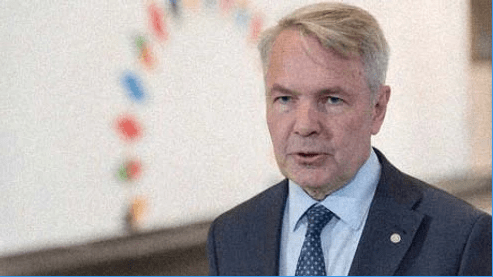 Helsinki commits to never longer serve as a “transit nation” for Russians with visas from other EU countries.

Pekka Haavisto, Finland’s foreign minister, told reporters on the margins of the UN General Assembly in New York on Wednesday that the country is working on new legislation that will further tighten restrictions on Russian tourists.

Helsinki wants to “manage” the flow of Russian tourists, according to Haavisto, who added that Helsinki does not want to be a transit country for those who have Schengen visas from other countries.

According to the foreign minister, the measures may include new legislation or revisions to existing ones. The Finnish Foreign Ministry is presently working with a group of specialists on a “solution” to assist Finland in “reducing this traffic or fully stopping it.” In any case, he said, “the national parliament will swiftly deal with it,” without giving a particular timeframe for any prospective adjustments.

In contrast to the Baltic republics, which frequently cited “security grounds” for enacting visa requirements against Russian tourists, Finland does not view Russian visitors to the EU as posing a threat to national security, according to Haavisto.

There is “a moral and ethical basis involved,” he said, noting that a typical tourist is not a threat to national security. According to Haavisto, Russians cannot continue to take regular holidays in Europe while their country is “waging war.”

Finland already has a system in place that enables it to refuse RussianSecretary-Generalannouncedvisas and to bar those with them from entering the country. Helsinki asked Brussels earlier this week to permit EU countries that are refusing admission to Russians to also cancel their visas or add them to a Schengen entry restriction list, prohibiting them from entering the bloc through the territory of another member state.

The EU’s visa requirements for Russians have drawn criticism from UN Secretary-General Antonio Guterres. According to RIA Novosti, he warned on Sunday that doing so “may not be a good idea.”

A visa-easing accord between the EU and Russia was halted earlier this month. As well as stopping the issuance of tourist and business visas, certain EU nations also made the announcement that they would refuse admission to any Russian nationals, even those with valid Schengen visas from other EU members, along with Poland and the three Baltic republics.