×
Newsyolo.com > Business > Italian power prices have tripled, according to data 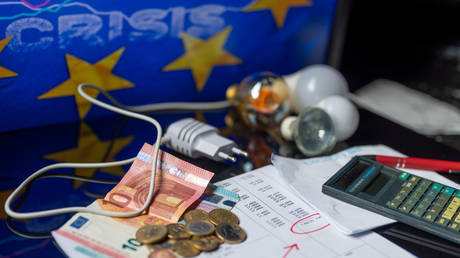 Italian power prices have tripled, according to data

Energy prices at record highs cause food inflation to reach levels not seen since the 1980s.

According to the oldest consumer organization in the nation, Unc, electricity prices in Italy set a record in October.

Since October of last year, the cost of electricity, which is sold in the Apennines on the open market, has increased by 329%, surpassing the Unc ranking of the priciest goods and services.

Power tariffs were followed by international flights, with a yearly cost increase of 113%. Gas was ranked second, with prices increasing by more than 96% from the previous year.

The latest data from Italy’s official statistics agency ISTAT, which was released shortly before the Unc report, revealed that the domestic price index soared 11.8% in October from a year earlier, the highest level since March 1984. In October, annual consumer price growth increased by 12.6%, up from 9.4% in September and driven primarily by rising energy prices.