×
Newsyolo.com > entertainment > James Caan, 82, of The Godfather fame, passed away. 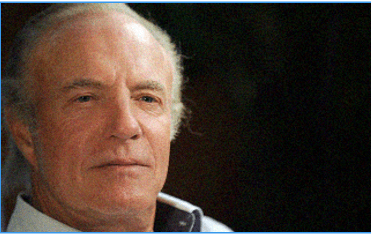 James Caan, 82, of The Godfather fame, passed away.

James Caan, the American actor best remembered for playing Sonny Corleone in The Godfather, passed away on Thursday at the age of 82, according to his manager.

James Caan, the American actor best remembered for portraying Sonny Corleone in The Godfather, has passed away at the age of 82, according to his manager. James Caan garnered an Oscar nod for his tragic portrayal of a mafia family’s eldest son in Francis Ford Coppola’s 1972 masterpiece The Godfather. James Caan also had roles in “Misery,” “Thief,” and “Rollerball.” Jimmy Caan passed away on the evening of July 6, according to a tweet from his family that was sent to his account.

“One of the best was Jimmy. In addition to being one of the greatest actors our industry has ever seen, he was also hilarious, dependable, loving, and kind “Matt DelPiano stated.

“Before anything else, our connection was always one of friendship. I’m honored to have worked with him for all these years and will miss him sincerely.”

In the 1960s, Caan began his acting career in Hollywood, appearing in supporting roles in pictures by renowned filmmakers such as Billy Wilder (Irma La Douce), Howard Hawks (El Dorado), and Coppola (The Rain People)

He received an Academy nomination for his performance as the irate Sonny Corleone, whose shooting death at a toll booth became one of the pivotal moments in The Godfather.

In a brief cameo for The Godfather Part II, he briefly took on the character again.

In later parts, he excelled as a ferocious athlete in Norman Jewison’s Rollerball, a jewel thief in Michael Mann’s 1981 film Thief, and a kidnapped writer in Rob Reiner’s Misery (1990).

“I’m truly sad to hear this news. Working with him was great “Reiner tweeted. While confirming Caan’s death, his publicist chose not to disclose any other information, including the cause of death.

Caan’s family mimicked his habit of concluding tweets with “End of tweet” when he was alive.