×
Newsyolo.com > Political > Just do it | Let’s just do it again, Doug Jones teases Roy Moore, urging him to go. 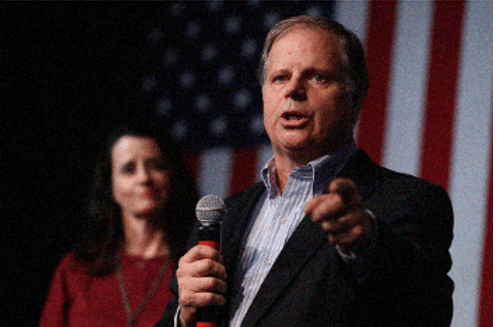 Just do it | Let’s just do it again, Doug Jones teases Roy Moore, urging him to go.

Moore, who lost in 2017 in the wake of allegations of sexual misconduct, claimed this year that he believes Democrats and a social media disinformation campaign “stole” the election from him. The only defense for that assertion, according to Jones (D-Ala.), is for Moore to run again and win the Republican nomination.

Moore has not explicitly ruled out challenging Jones in the 2020 election for the Jeff Sessions-vacant seat. According to him, he is concentrating on clearing his name rather than “thinking about the future” and will “let it be known” if he decides to run for office.

Years before he entered the Senate race, Moore was accused of groping or otherwise harassing several women.

Rep. Gary Palmer (R-Ala.), who is contemplating running, is already in the race alongside Rep. Bradley Byrne (R-Ala.). After removing appointed Sen. Luther Strange (R-Ala.) and losing to Jones, Moore would likely have a very tough time persuading GOP voters to nominate him again.

In what will undoubtedly be the most difficult campaign for them in the nation next year, Democrats would be thrilled to take on Moore once more. Jones stated that Moore shouldn’t be underrated but added that he doesn’t have a “favorite opponent.”

“He causes a stir. I believe that he produces noises. Who is to say what he will do? Jones uttered.