×
Newsyolo.com > Finance > Latest finance news | The Bajaj Auto Board approves a buyback of up to Rs 2,500 billion; information for investors 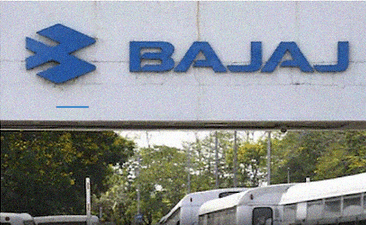 Latest finance news | The Bajaj Auto Board approves a buyback of up to Rs 2,500 billion; information for investors

Repurchase by Bajaj: A buyback of up to 2,500 crores has been authorized by the Bajaj Auto board. 54,34,782 shares may be repurchased by Bajaj Auto for up to Rs 4,600 per share. This amounts to 9.61% and 8.71%, respectively, of the Company’s total paid-up share capital and free reserves (including the securities premium account).

“We wish to inform you that the board of directors of the Company (“Board”) has approved the proposal for the buyback of the fully paid-up equity shares of the Company (“Equity Shares”) with a face value of Rs. 10/- each from the existing shareholders of the Company (excluding the Promoter, Promoter Group, and Persons in Control of the Company) from the open market through the stock purchase plan,” the company stated in a BSE filing on Monday.

The company informed BSE that the company board has established a buyback committee and has given it the authority to carry out any acts, deeds, matters, or things that it may, in its sole discretion, deem necessary, expedient, or proper about the buyback.

Earlier this month, the board of the car major agreed to postpone deciding on its proposed share purchase. The board later determined to have a meeting on Monday, June 27, 2022, to continue discussing the proposal for the buyback of fully paid-up equity shares of the firm.

The company had previously announced that it would postpone the buyback plan on June 14 by saying: “We wish to inform you that the board of directors of the company at its meeting held on June 14, decided that further deliberations are required to decide on the proposal of buyback, and accordingly deferred the matter.”

An action taken by a corporation to repurchase its outstanding shares from its current shareholders, commonly referred to as a share buyback or share repurchase, is typically done at a premium to the current market price. Returning money to shareholders in this manner may be an alternative tax-efficient method. By reducing the number of shares in circulation, share buybacks can raise share prices and earnings per share (EPS).

In Monday’s afternoon transactions, shares of Bajaj Auto were trading 0.7% higher at Rs 3,840 per share on the BSE.