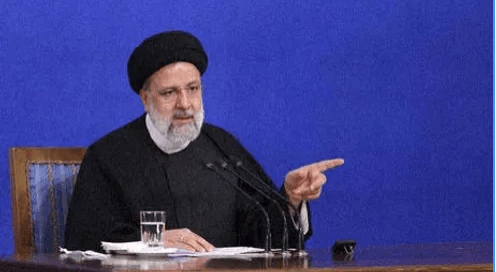 President Ebrahim Raisi is not interested in meeting Joe Biden from the United States.

Iranian president Ebrahim Raisi doesn’t think that seeing President Biden in person during the United Nations General Assembly in New York will be helpful to his nation or be able to save the historic 2015 nuclear deal.

“I don’t believe such a meeting would take place… In an interview with CBS reporter Lesley Stahl for 60 Minutes that will run on Sunday, Raisi said, “I don’t think having a meeting or a chat with him would be constructive. Next week, both Raisi and Biden are scheduled to speak at the UN, but a meeting between the two presidents was never formally scheduled.

When asked if there were any differences between the Biden administration and that of his predecessor, Donald Trump, Raisi said there weren’t any from Tehran’s point of view, especially in regards to the nuclear agreement technically known as the Joint Comprehensive Plan of Action (JCPOA).

“The new US administration insists that it is distinct from President Trump’s administration… But reality hasn’t changed at all,” the Iranian president said.

Iran agreed to some limitations on its nuclear industry as part of the original nuclear deal struck in 2015 by the US, UK, France, Germany, Russia, China, and the EU. This was done in exchange for the relaxation of economic sanctions and other benefits.

However, in 2018, the US under then-President Donald Trump destroyed the agreement by unilaterally withdrawing from it, claiming it was fundamentally flawed, and reimposing sanctions on Tehran. As a result, Iran began gradually waiving portions of its adherence to the agreement.

Biden made no progress on the matter despite making commitments throughout the campaign to revive the agreement.

A draught of the revised accord, which revealed a four-stage procedure beginning with the immediate easing of sanctions on numerous Iranian banks and other economic organizations, was leaked last month amid efforts to resurrect the pact. Additionally, Iran would start promptly reducing its nuclear activities.

A near-term compromise on the subject is “unlikely,” according to US Secretary of State Antony Blinken, who earlier this week charged that Iran had “taken a step backward” in negotiations. The top US official was referring to the agreement’s “final” wording, which the EU had put forth on August 8. Since then, the US and Iran have frequently exchanged responses on the subject.