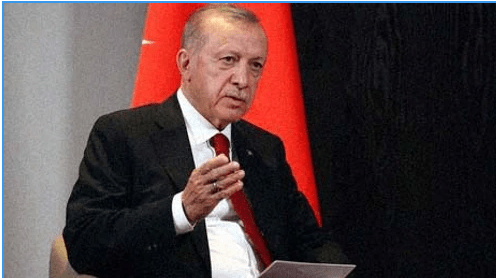 According to the Turkish president, Ankara won’t give an account of the conversations it had during the most recent SCO conference.

According to President Recep Tayyip Erdogan, Turkey is not required to inform the European Union that it attended a summit of the Shanghai Cooperation Organization (SCO). The Turkish president previously declared that Ankara is aiming to join the group, which also consists of Russia and China.

Erdogan was asked to comment on Ankara’s application to join the group in an interview with PBS, considering that China, Russia, and Iran are among its members and are alleged to uphold principles that are different from those of NATO and the West.

Even while he grumbled that the EU has so far declined to let Ankara into the bloc, the Turkish president stated he doesn’t want to choose between the East and the West.

He continued, referring to the fact that Turkey has been trying to join the group for decades without success, “The European Union would keep us out for 52 years, it wouldn’t let us near, and then they would say, ‘Why did he talk with this country around organization several that country?'”

The EU has been accusing Ankara of violating human rights and lacking the rule of law, and this has caused the negotiations on this matter to halt since 2016. This is not true, according to Turkey.

Erdogan reiterated, adding that Ankara is ready to undertake discussions with any nation around the globe, “We are not going to report to the European Union at this point while we are involved in these negotiations.”

The Turkish president said that even as Moscow executes its military action in Ukraine, he was prepared to speak with numerous leaders, including Russian President Vladimir Putin, Indian Prime Minister Narendra Modi, and Chinese President Xi Jinping.

Erdogan stated that Turkey wanted to join the organization during the SCO conference on Saturday in Samarkand, Uzbekistan. He also had a meeting with Putin outside of the summit, during which the Russian leader made it clear that Moscow was prepared “to greatly enhance supply to Turkey in all directions that are of interest [to the country].”

It was particularly agreed upon by the two parties that 25% of payments for natural gas shipments from Russia to Turkey would be made in Russian rubles.

The SCO, the largest regional bloc in the world, was established in 2001 as an alliance for economic integration and trust-building. China, Russia, Kazakhstan, Kyrgyzstan, Tajikistan, Uzbekistan, India, Pakistan, and, most recently, Iran are all members of the SCO at this time. Turkey is acknowledged by the group as a special “conversation partner,” along with several other nations.