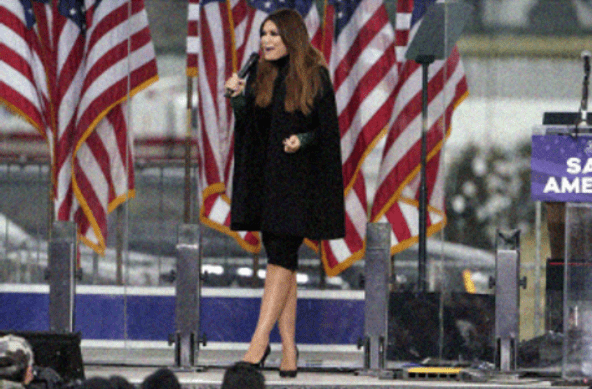 The former governor of Missouri has made an effort to align himself with the Trump political persona in response to criticism from national Republicans.

Greitens, who resigned in 2018 amid allegations of sexual assault and numerous other scandals, may benefit from the personnel announcement as he attempts to cement his relationship with the Trump political brand and avoid criticism from national Republicans who criticized his decision to run for office.

Greitens said in a statement, “I am thrilled to have Kimberly’s support. She did an exceptional job working for President Donald J. Trump. We are aware that the Democrats will pursue this campaign, just as they did with President Trump. I am confident that Kimberly Guilfoyle, our National Chair, will assist this campaign get more traction and the support of all Missourians.

Greitens “is a fighter who has stood with President Trump and has a proven record of advancing conservative, America First policies,” Guilfoyle, a former San Francisco prosecutor and Fox News personality who served as the national finance chair of Trump’s reelection campaign, said in her statement.

Greitens is running to succeed Sen. Roy Blunt (R-Mo. ), who declared in March that he would not run for a third term. Eric Schmitt, the attorney general of Missouri, is Greitens’ most challenging rival in the Republican primary. Schmitt has positioned himself as a state-level champion of Trump’s agenda.

Both Greitens and Schmitt made an appearance at the Reagan-Lincoln Day Dinner hosted by the Jackson County GOP on Saturday in Blue Springs, Missouri, but the former governor received only sporadic applause while the attorney general received a more positive reception from the audience, according to The Kansas City Star.

Republicans were concerned about a possible campaign by Greitens even before he formally declared his candidacy in March. They thought the scandal-plagued former governor may harm their chances of keeping Blunt’s seat in the Senate, which is currently very closely divided.