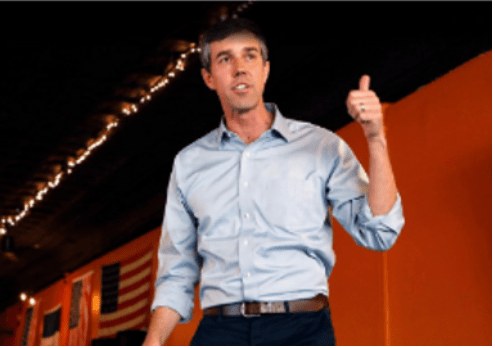 When asked whether he is a socialist during a meet-and-greet in Iowa, O’Rourke responded, “I consider myself a capitalist,” adding that capitalism is required to address the many “historic issues” the nation is currently experiencing.

“It won’t only be policy or government action that makes it possible,” he remarked.

However, it is undoubtedly a flawed, unequal, unjust, and racist capitalist economy, O’Rourke continued in a local coffee shop.

O’Rourke spoke favorably about a plan to give newborns a “baby bond” of hundreds of thousands of dollars at birth on Friday, mimicking legislation Sen. Cory Booker (D-N.J.) has presented. He bemoaned “the discrepancy in wealth accumulation between white America and black America.”

According to O’Rourke, “This idea of a baby bond, where an investment is made in every single American based on their means, won’t fix every issue with the discrepancy in wealth, income, and opportunity in this nation. But it might make a big difference in ensuring that our nation is a little bit fairer.

O’Rourke, a former Texas congressman who rose to prominence among Democrats after narrowly losing the Texas Senate race last year, began his campaign for president by strongly condemning the mass shootings at two mosques in New Zealand. “I hope that you will agree with me that it is not enough merely to be compassionate, thoughtful, and prayerful at this time,” he stated as he offered prayers and thoughts.

Such “acts of hatred and violence” are, in his words, “rising throughout the Western World.”

They are becoming more prevalent in this nation, according to O’Rourke. They are a symptom of a bigger intolerance sickness that has spread throughout the nation that was once regarded as the most tolerant, open, and hospitable in history.