×
Newsyolo.com > entertainment > Latest news | Rapper Cardi B enters a guilty plea to charges of violence in a nightclub. 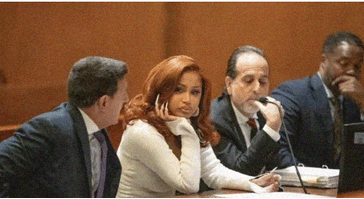 Latest news | Rapper Cardi B enters a guilty plea to charges of violence in a nightclub.

As part of a bargain to avoid a trial and potential jail time, Cardi B has pleaded guilty to two offenses related to a fight in a strip club.

Ten other accusations were dropped.

She said in a statement, “I’ve made some stupid judgments in the past that I am not ashamed to face and own up to.

The 29-year-old admitted in court to planning and taking part in two attacks on Angels nightclub staff members in New York City in 2018.

Authorities claim that Almanzar and two sisters got into a fight over one of the sisters, whom Almanzar thought was having an affair with her husband, rapper Offset.

They came back two weeks later and threw vodka, bottles, and a hookah pipe at the sister of the first victim.

Almanzar remained silent when asked to confirm the information in court, but she did so by confessing that she had paid a friend $5,000 (£4,000) via Instagram to help her in the altercation.

The rapper was also required to perform community service and refrain from contacting Jade and Baddie Gi for three years.

One day before the case was scheduled to go to trial, she agreed to the plea agreement, according to the New York Times.

Drew Findling, the musician’s attorney, stated that she wished to close the case.

“She just felt, quite honestly, that a three-week jury trial was going to be a diversion from the things that she believed was most important,” he told the New York Post. “There are too many things that she has planned for her family, for her profession, and the community,” he said.

Being responsible for your choices is a necessary part of developing and growing up, the rapper added in her statement. As a mother, I am attempting to instill this behavior in my kids, but I must set a good example first.

“These moments don’t define me and they are not reflective of who I am now.”

Melinda Katz, the Queen’s district attorney, said in a statement: “No one is above the law. In pleading guilty today, Ms. Belcalis Almanzar and two co-defendants have accepted responsibility for their actions.”

Cardi B rose to fame with the track Bodak Yellow in 2017, topping the Billboard chart and becoming one of rap’s most colorful and outspoken performers.

Her debut album, Invasion of Privacy, won the Grammy for best rap album in 2019, and she has scored a global number one hits with the Latin-flavoured I Like It and the X-rated WAP, a duet with Megan Thee Stallion.

After Thursday’s hearing at Queens County Criminal Court in New York, she was mobbed by dozens of fans and court employees.

“In all my years of covering court cases, I’ve never seen this,” said NBC news reporter Melissa Colorado on Twitter. “Court staff cheering for a defendant who accepted a plea deal as she walks out of the courtroom.”

One employee even asked the rapper for a photo, Colorado added.