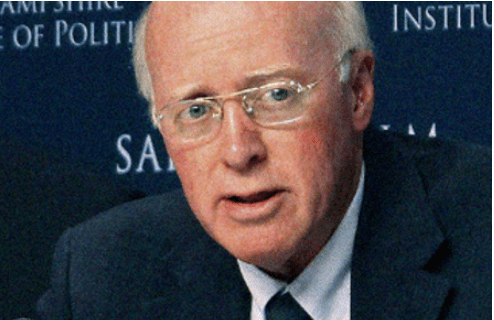 UNION, N.H. — After two rounds of closely contested voting, New Hampshire lawmakers re-elected their seasoned secretary of state and protector of the first-in-the-nation presidential primary on Wednesday to thunderous acclaim and shouts.

Bill Gardner, the nation’s longest-serving secretary of state, was approved by lawmakers. The job has been him for 42 years.

Gardner later told them, “I’m very, very grateful to those of you who allowed this to happen.” “That office is extremely amazing and one-of-a-kind.”

Legislators cast their ballots twice; neither candidate received a majority on the first attempt. In the end, Gardner defeated Colin Van Ostern, a 2016 candidate for governor who hadn’t even been born when Gardner first entered office, by a vote of 209 to 205.

Gardner received flak for participating in the president’s commission on electoral fraud. However, his backers contended that replacing him with fellow Democrat Van Ostern would politicize the position and jeopardize the state’s case for continuing to hold the top spot.

Van Ostern argued in opposition that the tradition of primaries is bigger than any one candidate and that Gardner had already polarised the race by endorsing GOP-sponsored legislation to impose stricter requirements for voter registration.

Democrats overwhelmingly supported Van Ostern in a non-binding caucus vote on November 15 after taking control of both the 24-member Senate and the 400-member House last month.

In addition to competing for governor, Van Ostern served as an executive councilor. Last Thursday, he declared, “I will not run from this office for any other job.”

A two-year tenure is allotted to the secretary of state. After 42 years without a change in leadership, he predicted that it would likely take longer than two years to bring about the necessary changes.

Gardner claimed that the confidence he gained by promising not to use the position as a stepping stone for more powerful positions had assisted him in navigating the frequently challenging situation of defending the primary.

Gardner claimed he approached this challenge similar to other ones in the past, even though Van Ostern raised and spent more than $200,000 to defeat him.

The majority of the current living previous governors of New Hampshire supported Gardner’s reelection, as did Republican Governor Chris Sununu. He described the attempt to remove Gardner as a “strategic political operation,” asserting that Gardner has worked with “total independence and incorruptible purpose.” Former Democratic governors Maggie Hassan and Jeanne Shaheen remained neutral.

The state’s status as host of the first-in-the-nation presidential primary has long been linked to Gardner. Some feared that after his death, he would be in danger.

In politics, the New Hampshire primary is a well-established custom. Minnesota and Indiana both held their primary elections on the same day in 1916, a week after New Hampshire. But ever since, New Hampshire has always come first.