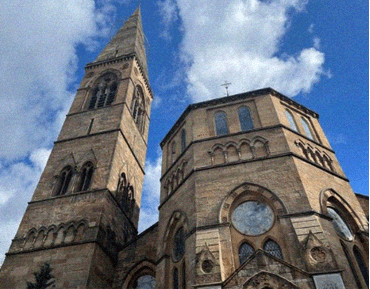 Latest news | Scotsman Hospitality has taken over the ran Mór venue in Glasgow.

The well-liked gathering place, restaurant, and bar are situated across from the Botanic Gardens at the top of Byres Road.

Stefan King, whose business runs several other bars and eateries in the area, is the owner of Scotsman Hospitality.

The Hillhead Bookclub, The Bothy, and the west end Grosvenor Cinema and Cafe are all part of its portfolio.

The Corinthian Club and Arta in the Merchant City are also owned by the hotel firm.

A statement from Scotsman Hospitality said: “We are delighted to confirm that Scotsman Group has invested in Skerryvore Ltd, the company which owns and operates Oran Mor in Glasgow’s West End.

“We are pleased to report that Colin Beattie will continue to work with the company moving ahead as chairman of Skerryvore Ltd. As a Group, we have been supporters of the Oran Mor enterprise since its founding by founder Colin Beattie about 20 years ago.

“We are excited to be a part of this historic location because we have experience operating in the West End thanks to Hillhead Bookclub, the Grosvenor Cinema & Cafe, and The Bothy on Ruthven Lane.

Additionally, we would like to extend a sincere welcome to the Scotsman Group family to the current Oran Mor staff.

A Play, A Pie, and a Pint, a theatre troupe, also praised the news on social media.

The group claimed the agreement “better secured” its prize-winning performances performed in the Mór’s theatre.

According to a tweet, Colin Beattie and David MacLennan launched A Play, a Pie, and a Pint 18 years ago.

“We are pleased to report that Colin will continue his involvement with A Play, a Pie and a Pint, working alongside the company moving forward as chairman of Skerryvore Ltd. under the confident creative leadership of Jemima Levick, our artistic director, and CEO.”

The old location of the Kelvinside Parish Church was Ran Mór.

Beginning in 2002, Mr. Beattie oversaw the renovation projects, and in June 2004, ran Mór opened to the public.

Alasdair Gray, a writer, and artist from Glasgow, was hired to make the mural on the auditorium’s ceiling. It is one of Scotland’s largest works of public art.

Its name is Gaelic meaning “huge song” or “great melody of life.”