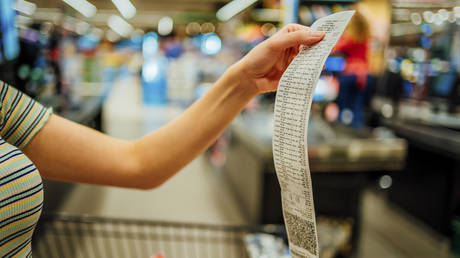 leaders in global inflation are disclosed

In terms of annual consumer price growth, Zimbabwe is first and Russia is 45th.

According to a study by the news agency RIA Novosti released on Sunday, Zimbabwe, Lebanon, and Venezuela are the countries with the highest annual inflation rates worldwide.

The organization’s calculations were based on the national inflation statistics of 193 different nations. The final report contained information from 155 states that, by mid-November, had made their September inflation data public.

Zimbabwe had the highest inflation rate in the world, at 280.4%. According to the report, price growth in the nation started to pick up speed at the end of last winter and had multiplied 4.6 times by September.

At 162.47%, Lebanon had the second-worst inflation rate in the entire world. Turkey (83.5%) had a high reading in the Middle East region overall.

With an inflation rate of 157.4%, Venezuela, which has experienced rapid price growth for years, placed third globally.

In Europe, Moldova recorded the highest percentage in September (34%), followed by Ukraine (24.6%). The highest reading in the EU was 24.1% in Lithuania.