×
Newsyolo.com > Business > leaving as the head of Goldman Sachs Russia 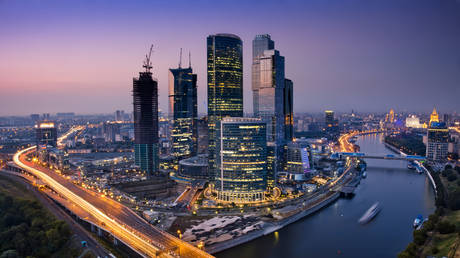 leaving as the head of Goldman Sachs Russia

Timothy Talkington has spent 17 years working for the business.

According to an internal message to employees, which was cited by the media, Timothy Talkington, the co-head of the US investment bank Goldman Sachs’ operations in Russia and the CIS, is leaving the organization. He will reportedly retire at the end of the year after serving for 17 years.

Talkington joined Goldman Sachs in London in 2000, and in 2007 he transferred to the Moscow division. In 2012, he was appointed to lead Russia’s equity department. Later, he oversaw the bank’s division for Russian securities. Talkington led Goldman Sachs Russia as CEO from June 2020 to August 2022.

Goldman Sachs Group reported earlier this month that it had decreased its third-quarter credit exposure to Russia by 9%, to $205 million. The bank also announced that it would reserve $2.3 billion for potential court costs.

In March, Goldman became the first significant Wall Street bank to leave Russia as a result of Moscow’s military intervention in Ukraine. According to the bank, it was ceasing operations in the nation by “regulatory and licensing requirements.”

Goldman had $650 million in total credit exposure to Russia at the end of 2021, the majority of which was associated with non-sovereign counterparties or borrowers.