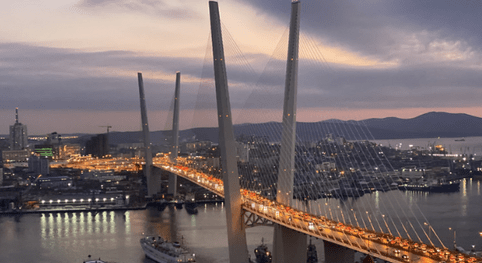 Major russian | With billions in deals, the major Russian Economic Forum comes to an end.

This year’s Far Eastern event saw the signing of more than 290 agreements, according to TASS.

According to the press office of Russia’s Deputy Prime Minister Yuri Trutnev, deals worth $54 billion (3.27 trillion rubles) was inked at the seventh annual Eastern Economic Forum (EEF) this week in Vladivostok, according to TASS.

“Investments totaling around 2.7 trillion rubles ($44.2 billion) were made in the macroregion (Far East) economy. A record-breaking 3.27 trillion rubles ($54 billion) in of deals have now been signed at the forum, creating more than 100,000 employees, according to the press service.

According to the report, the Far East area is becoming increasingly important due to the difficulties caused by Western anti-Russia sanctions.

Three new manufacturing facilities were opened in the Far East this year as part of the forum: the Komandor fish processing facility in Kamchatka, the Zabaikalsk-Manchuria grain railway terminal in Zabaikalsky Region, and a cargo-passenger car-rail ferry in Komsomolsk-on-Amur.

The EEF, which was held in the capital of the Russian Far East from September 5 to 8, attracted participants from more than 60 nations, including business executives and government officials.