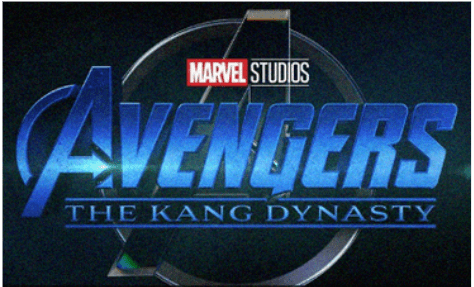 In 2025, the movies Avengers: The Kang Dynasty and Avengers: Secret Wars will be released.

In recent years, Hollywood and the world box office have been dominated by the blockbuster Marvel films, with 2019’s “Avengers: Endgame” briefly breaking the record for the most grossing movie of all time with more than $2.79 billion.

“I was wondering if you guys wouldn’t mind taking a quick check ahead?” After a boisterous hour-plus presentation at a San Diego convention center, studio president Kevin Feige questioned the enthusiastically cheering crowd of ardent superhero fans.

Then he revealed that “Avengers: The Kang Dynasty” and “Avengers: Secret Wars” would be released in 2025.

The movies will try to emulate “Avengers: Endgame,” which created unheard-of buzz by concluding storylines introduced in all the other Marvel movies.

According to Kevin Feige, the two new “Avengers” movies will wrap up the current “saga” of more than a dozen interconnected movies and television programs in the “Marvel Cinematic Universe.”

The second MCU serial, “The Multiverse Saga,” will be finished with that, he continued.

Recent Marvel films and television programs have explored the “multiverse” idea made popular by superhero comic books, which holds that there are limitless universes and endless iterations of each hero and villain in other realities.

– “Black Panther” is back

The Marvel presentation concluded the greatest day of Comic-Con, and the 6,000-person Hall H, where many had waited in line for days to get in, was filled with the loudest and most raucous cheers of the week.

It concluded with the debut of the first trailer for “Black Panther: Wakanda Forever,” the follow-up to the first comic book movie to receive an Oscar nomination for best picture. It will be released on November 11.

Returning filmmaker Ryan Coogler offered an emotional homage to the hero of the original movie, the “late, great Chadwick Boseman,” while performing on stage in San Diego with a vibrant group of African drummers and dancers.

Since Chadwick Boseman passed away from cancer in 2020, no other actor will be playing his part in the upcoming movie.

Ryan Coogler asserted, “I can already feel his hand on me.

Even though Chad is no longer physically present, his spirit, his enthusiasm, his brilliance, his pride in his culture, and the impact he had on this profession will go on forever.

Then Michaela Coel and Tenoch Huerta’s new characters for the franchise were introduced by Ryan Coogler.

The distinctive “energy” of the first “Black Panther” movie, which was largely seen as a breakthrough for Black representation in mainstream Hollywood films, was commended by Michaela Coel, who won an Emmy for “I May Destroy You.”

She asserted, “I think it has to do with a Black superhero, padding out a clan of Black superheroes, and what that kind of accomplishes for Black people.

Disney also revealed two other Marvel movies on Saturday, “Thunderbolts” and “Fantastic Four,” both of which are scheduled to come out in 2024.

Kevin Feige also announced the release dates for “Blade,” which will hit theatres in November 2023, and “Captain America: New World Order,” which will debut in May 2024.

Bill Murray and Olivia Colman, who both feature in first-look clips from the upcoming films “Ant-Man and the Wasp: Quantumania” and “Secret Invasion,” respectively, join the ranks of Hollywood A-listers who are flocking to the Marvel franchise.