×
Newsyolo.com > entertainment > Met Gala 2022: Despite being absent from the red carpet, Rihanna and Zendaya made it to memes 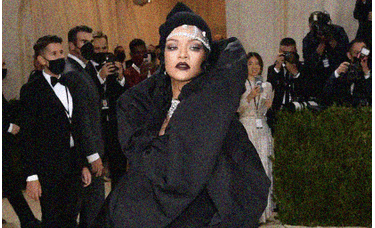 Met Gala 2022: Despite being absent from the red carpet, Rihanna and Zendaya made it to memes

New Delhi: The Met Gala this year received mixed reviews, with stars like Zendaya, Rihanna, and Jennifer Lopez among those who skipped it. “Gilded Glamour,” or “In America: An Anthology of Fashion,” served as the subject for the largest night in fashion. Others failed to adhere to the concept, while some (Kim Kardashian, we’re looking at you) aced the task. However, Twitter seemed to have a lot to say about the Met Gala this year. According to a Twitter user, the current MetGala scenario with a meme from the “devil” (as in the Devil that wears Prada). “Many did not receive the instructions,” a Twitter user said with a picture of Meryl Streep as Miranda Priestly. Just in time for the upcoming major fashion event, Miranda must be hoping for things to move slowly. Just that.

We can’t help but concur with this tweet. Zendaya, the star of Euphoria, who is renowned for consistently nailing Met Gala fashion, was sorely missed. Zendaya appeared in a meme created by a Twitter user that read, “Zendaya looking stunning as always at the Met Gala 2022.”

Not only Zendaya, but several celebrities also skipped the Met Gala this year. This year, Beyonce, Doja Cat, Taylor Swift, and Harry Styles were also absent from the Met Gala. How we wished Rihanna had rocked maternity style on the Met Gala red carpet. This person on Twitter wrote: “No Doja, Harry, Taylor, Ariana, Zendaya, Rihanna, or Beyonce. I’m devastated.”

Among those who attended the Met Gala, Kim Kardashian, as usual, was the star of the evening. Once more wearing a classic Marilyn Monroe outfit. Pete Davidson, Kim Kardashian’s boyfriend, and her companion were in a bad mood. Pete, we see you over there.

Host Blake Lively, who was accompanied by her husband Ryan Reynolds, was one celebrity in particular who understood the mission. Ryan provided us with those beautiful expressions, Blake Lively gave us two costume changes, and together these two gave the internet life.