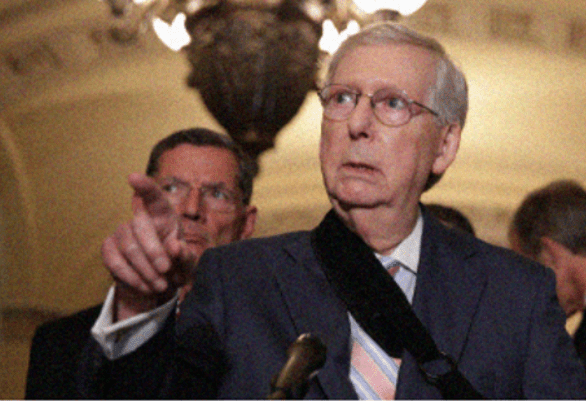 After receiving criticism from Senate Democrats for obstructing bipartisan election security legislation, Senate Majority Leader Mitch McConnell announced on Thursday that he is supporting a plan to increase election security.

An appropriations amendment would provide the Trump administration with an extra $250 million to help states enhance their voting systems and guard against outside manipulation.

McConnell stated on the floor, “I am delighted to have helped craft this amendment and to co-sponsor it in committee. McConnell has previously backed using appropriations to address election security.

McConnell said that the amendment raises the total amount of spending for election security since the fiscal year 2018 to $600 million.

In light of Russian intervention in the 2016 presidential election, Senate Democrats have urged Majority Leader Mitch McConnell to introduce legislation to strengthen election security. However, McConnell and many Republicans are against such a proposal, pointing out that 2018 was a more secure election year and raising objections to the idea of centralized voting in the US. Because of his hesitation, detractors have dubbed the Kentucky Republican “Moscow Mitch”; the majority leader has made it obvious he detests the moniker.

Senate Minority Leader Chuck Schumer claimed after McConnell’s announcement that Senate Republicans “had finally yielded and taken a step in the right direction.”

The spokeswoman for Schumer stated in an email to reporters that “Senate Democrats feel this extra financing is not a replacement for adopting the comprehensive bipartisan election security legislation that experts say is badly required.”