×
Newsyolo.com > Political > Montana governor | The author of “The Revenant” may run for governor or the Senate of Montana. 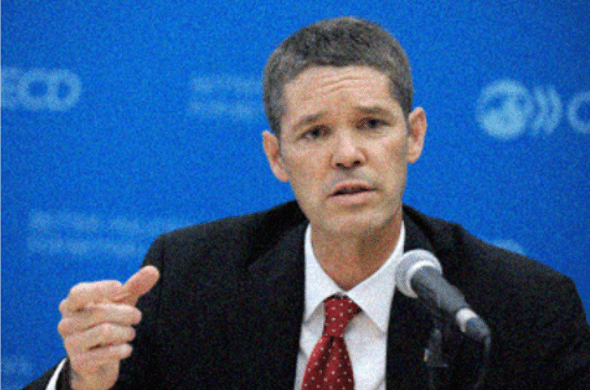 Montana governor | The author of “The Revenant” may run for governor or the Senate of Montana.

According to two persons with knowledge of the situation, Michael Punke, the best-selling author of the survivalist book “The Revenant,” and a former American ambassador to the World Trade Organization in Geneva, is thinking about running as a Democrat for Montana governor or the Senate.

Punke hopes to use his extensive experience in public policy and his public profile as a successful author to make himself an interesting and attractive candidate, according to one of the people familiar with his plans. Although the Democratic candidates for both races have not yet been officially announced, interest in both campaigns is high.

He served as the Obama administration’s ambassador to the WTO for seven years before returning home to Missoula, Mont., where he took a position as the head of global public policy for Amazon Web Services. Punke declined to comment on his political aspirations, although he did a post on Medium about the significance of the Democratic Party’s moderation in March.

During Punke’s tenure at the WTO, which is a frequently contentious organization that relies on consensus among its 163 frequently quarreling member nations to advance, the trade group finalized a trade agreement that reduced the bureaucratic barriers that slowed U.S. exports at international borders, a move that was praised by the country’s industry and agriculture.

Punke, who has discussed his political aspirations with prominent Montana Democrats but is not currently speaking with donors, has described himself to potential backers in Montana as “rabidly centrist” and said that if he runs, he would likely focus on issues like workforce development and health care, according to one source. Due to the dependence of some of Montana’s largest industries on trade, including the export of agricultural goods, copper, and even tourism, he would also highlight his WTO trade experience as a selling point.

Punke’s biography might be a campaign talking point. Even though he has prior government experience from the Obama and Clinton administrations, Punke’s greatest claim to fame is penning a novel that was adapted into a 2015 film starring Leonardo DiCaprio. He has never run for office before. Punke relocated to Montana in 2003 after “The Revenant” was published and authored more novels about the finalized labor movement there as well as the Western buffalo’s impending extinction.

With about 56% of the vote, President Donald Trump carried Montana by more than 20 percentage points in 2016. Punke would compete against Sen. Steve Daines (R-Montana), who won the election with 58 percent of the vote in 2014. Steve Bullock, the Democratic governor of Montana who is serving a term limit, is anticipated to declare his candidacy for president very shortly. Both Democratic Lt. Gov. Mike Cooney and Independent Helena Mayor Wilmot Collins are considered probable contenders for governor, however, Collins stated in March that he was also thinking about running for the Senate and now appears prepared to do so.

Republican Rep. Greg Gianforte is another prospective candidate for governor on the Republican side. Tim Fox, the state’s attorney general, has declared his candidacy for the Republican nomination.

Punke, who was born and bred in Wyoming, moved to the East to study at Cornell Law School and then George Washington University. Additionally, he worked as a senior policy consultant in the Office of the U.S. Trade Representative and the Clinton White House’s department of international economic affairs.

Punke began his career by working in the office of former Democratic Sen. Max Baucus, where he first met the woman with whom he would have two college-age daughters. He has also previously served as an adjunct professor at the University of Montana.