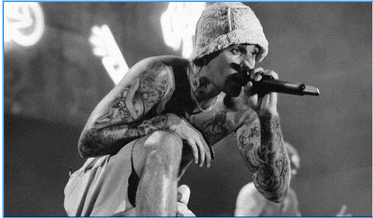 Months after being diagnosed with Ramsay Hunt Syndrome, Justin Bieber returns to performing

In June, the singer received a Ramsay Hunt Syndrome diagnosis.

In New Delhi: After being diagnosed with Ramsay Hunt Syndrome, singer Justin Bieber had to postpone several of the dates on his Justice world tour. On Instagram, he posted images and videos from his performance. His supporters may be seen chanting his name in a video that he shared. He added, “Love you guys and I missed you,” along with a few candid photos from his stage performance. Justin Bieber revealed his Ramsay Hunt in June. In an Instagram post where he talked about dealing with partial facial paralysis, a syndrome was diagnosed. The singer remarked in the video, “As you can see, this eye is not blinking, I can’t grin on this side of my face, and this nostril will not move. Ramsay Hunt Syndrome is a condition that affects the facial nerve next to one ear and, in severe cases, can result in facial paralysis as well as hearing loss.

View the videos that Justin has posted here:

He captioned the picture, “And we’re back, my clicks.”

The artist will visit more than 30 nations as part of the tour. On October 18, he is slated to perform in India at New Delhi’s Jawaharlal Nehru Stadium (JLN Stadium). The Grammy Award winner, 28, would be making his second trip to India following his contentious Purpose World Tour in 2017.

This video was published by Justin in June: