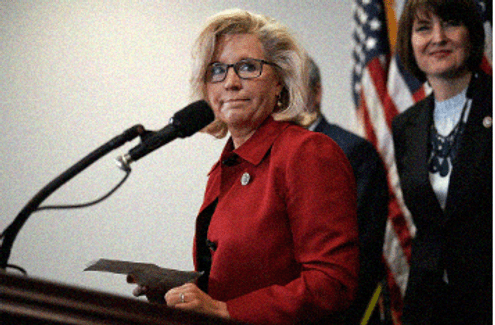 Despite the fact that she represents thousands of Native Americans in her home state of Wyoming, Rep. Liz Cheney avoided questions about President Donald Trump’s remarks downplaying Native American tragedies in a televised interview on Sunday.

On January 13, Trump made light of the Wounded Knee massacre as part of his criticism of Sen. Elizabeth Warren’s prior assertions of Native American ancestry.

And on Saturday, after the Massachusetts Democrat announced that she would run for president, Trump tweeted, “See you on the campaign TRAIL, Liz!”

Was seen as a nod to the Trail of Tears. Additionally, the president frequently referred to Warren as “Pocahontas.”

Cheney, the third-ranking Republican in the House, acknowledged her Native American constituents when questioned about Trump’s remarks on CNN’s “State of the Union,” but she declined to address them.

She was frequently prompted to comment by host Jake Tapper in response to Trump’s remarks and his “joking analogies to the genocide of Native Americans.”

Cheney remarked, “Look, Elizabeth Warren has made herself a laughingstock. And I don’t think anyone should be shocked by how people have responded to her and her ongoing allegations.