×
Newsyolo.com > Political > Nc state board | Board decides when to hold new elections in North Carolina 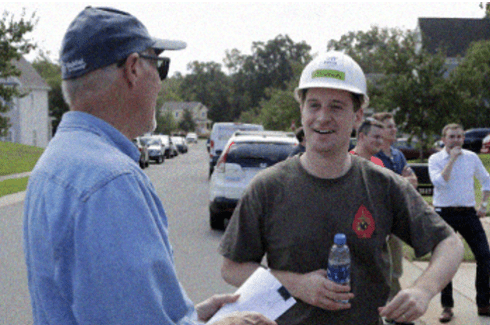 Following a new primary ordered by the state’s board of elections on Monday, North Carolina Republicans will choose a new nominee for the rerun election in a now-vacant congressional seat in May.

On May 14, there will be a primary in the 9th district of North Carolina that is open to new contenders. The general election is set for Sept. 10; however, a primary runoff will occur on the same day, and the general election will be postponed to Nov. 5 if no candidate in a party primary receives more than 30% of the vote.

The entry deadline for the contest is this Friday, March 15.

Mark Harris, the party’s nominee in last year’s midterm elections, stated last week that he will not run again in the rerun race, citing health reasons. His seeming success was marred by evidence of election fraud.

The lone Democrat running so far is Dan McCready, who seemed to lose the midterm elections by a narrow margin when the election board declined to certify the results.

After a four-day election board hearing, when it was discovered that Harris’ son had told him about the scandal-plagued political operative’s absentee vote operation, Harris made his decision. Election board investigators claim that Leslie McCrae Dowless controlled and oversaw the illegal gathering of ballots. The Wake County district attorney’s office said last week that Dowless had been charged.

Stony Rushing, a Republican Union County commissioner who attended the state board hearing on the claims of election fraud, had Harris’ support. Rushing has drawn criticism for posting pictures of himself decked out like Boss Hogg from The Dukes of Hazzard. Dan Bishop, a state senator, Matthew Ridenhour, a former commissioner of Mecklenburg County, and Tommy Tucker, a former state senator, are potential GOP rivals.

Monday’s board statement If the board orders a new congressional election, a provision pushed through by the state legislature late last year — when the initial allegations against Harris’ campaign emerged — required that new primaries also be held, even if issues with the prior race are limited to the general election. The McCready team has not indicated if it will file a lawsuit to invalidate the new primary.