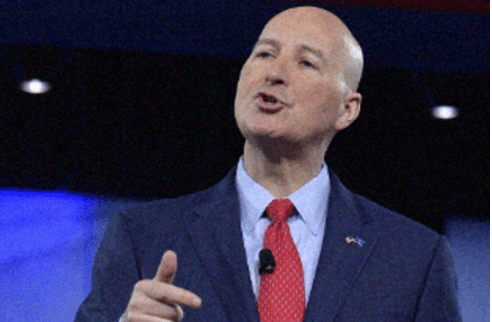 Nebraska governor | Pete Ricketts is chosen to lead the RGA.

Pete Ricketts, the governor of Nebraska, was chosen as the new chairman of the Republican Governors Association during a meeting held today in Scottsdale, Arizona.

In a statement, Ricketts stated, “The RGA is the most effective political organization in the country, and I am delighted to serve as RGA Chairman for 2019.” Republican governors are implementing substantive reform, improving the effectiveness and efficiency of government, and advancing their states. As we work together to assist Republicans to win even more reform-minded leaders across America over the coming year, I feel incredibly proud to play this role.

Ricketts comes from a line of well-known Republican political donors; his father, Joe Ricketts, is the head of the outside organization Ending Spending and has recently donated millions to various GOP causes and candidates. Todd Ricketts, the brother of Ricketts, is the RNC’s current finance chairman.

Greg Abbott, the governor of Texas, will replace Ricketts as vice chairman. The RGA vice chair and chair positions are both one-year roles.