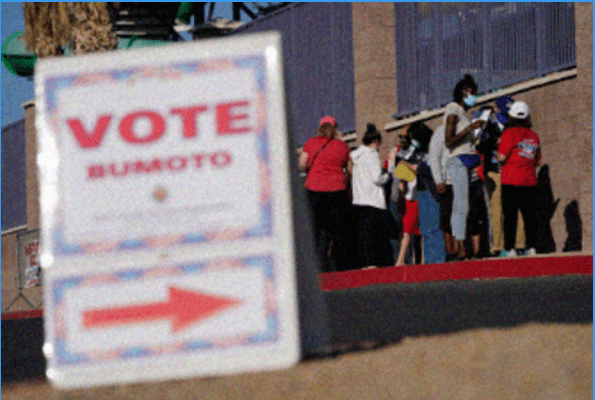 The state’s nomination process would be changed by a new measure, endangering New Hampshire’s position as the first in the nation.

In a bid to advance their state on the primary calendar, Nevada Democrats sought on Monday to ban the use of caucuses in presidential nomination elections.

The bill, which was proposed in the Assembly, would change the state’s nomination process from caucuses to a primary election. Former Senate Majority Leader Harry Reid endorsed the idea right after the caucuses of the previous year.

Following a contentious Democratic primary last year, where the caucus system and the sequence of nominating contests came under intense scrutiny, there is now intense competition over the primary calendar. The Iowa caucuses came to a chaotic conclusion as a result of technical difficulties that prevented the results from being reported on time and calculation problems that prevented the Associated Press from declaring a winner.

Democrats criticized the two states that traditionally start the primary season, Iowa and New Hampshire, for not being demographically reflective of the nation. In contrast to Nevada, which has a more varied population, both states’ populations are primarily white.

The new bill’s text would move the presidential primary from New Hampshire’s current first-in-the-nation primary status to the Tuesday “immediately preceding the last Tuesday in January.”

The proposal “would lay the basis for Nevada to become the first state in the nation in the presidential nomination process,” Nevada Assembly Speaker Jason Frierson said in a prepared statement.

Nevada’s diversified population and first-hand knowledge of topics like immigration, health care, public lands, and climate change give it a special voice that should be heard first, he added.

However, Nevada would face significant opposition if it attempted to hold its nominating contest before New Hampshire. The primary in New Hampshire must take place at least seven days before a “similar election” in any other state, under state law, and Bill Gardner, the secretary of state, has successfully negotiated this requirement for decades.

Steve Sisolak, the governor of Nevada, and several prominent state Democrats endorse the state’s decision to move from caucuses to a primary. By relying on his connections with President Joe Biden and his team and making the case that his state is more representative of the nation, Reid in particular has played a significant behind-the-scenes role in efforts to move Nevada to the front of the calendar.

In a prepared statement on Monday, William McCurdy, head of the Nevada Democratic Party, stated that “NV Dems have worked on broadening access to the presidential nominating process in Nevada for many years,” referring to the measure to move to a primary as “a necessary next step.” criticized