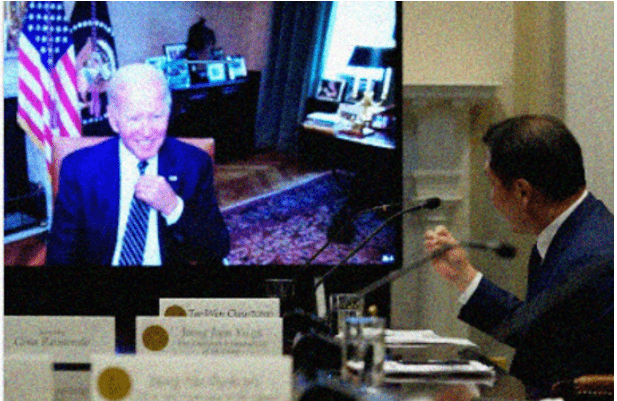 Korean Company’s $22 billion Investment Will Create New Jobs in the US, WH Says

The SK Group of South Korea intends to invest $22 billion in the US in sectors like bioscience, green energy, and semiconductors.

Washington, D.C. The White House claims that South Korea’s SK Group’s plans to invest $22 billion in the United States in sectors like semiconductors, green energy, and bioscience will result in the creation of tens of thousands of jobs here while also easing the strain on the world’s supply chains brought on by the coronavirus pandemic.

President Joe Biden met digitally with SK Group Chairman Chey Tae-won and referred to it as a “historic and pathbreaking announcement” while he continues to isolate himself in the White House apartment after testing positive for COVID-19 last week.

According to Biden, it is evidence that “we are facing the emergency in the climate catastrophe with urgency, opportunity, and ingenuity to save the world and generate good-paying employment.”

According to a statement from the conglomerate, SK Group will spend $15 billion in the semiconductor industry through research and development programs, materials, and a testing and packaging facility, which will assist address supply chain issues.

According to SK Group, an additional $5 billion will be invested in green energy enterprises, such as those that produce green hydrogen, build electric vehicle charging stations, and recycle battery components. The final batch, which the business estimated to be worth “many billions of dollars,” would support the development of new pharmaceuticals using biotechnologies to increase competition in the American pharmaceutical sector.

As part of a joint venture with Ford Motor Co., SK Group had previously declared it will invest $7 billion in new facilities in Tennessee and Kentucky that create batteries for electric vehicles.

According to a statement from the White House, foreign investment in the United States totaled $333.6 billion last year, which was a 73% increase from 2020 and the biggest amount ever recorded since 2016.