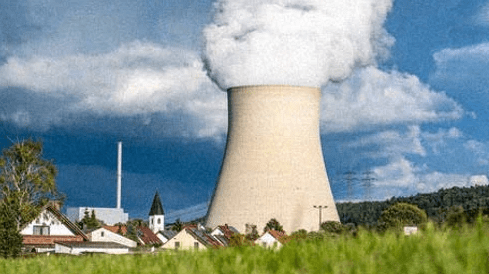 The environment ministry stated that although there is no risk, plant activities must be paused.

The environment ministry reported on Monday that a reactor leak had been discovered at the Isar 2 nuclear power plant in the state of Bavaria in southern Germany. Although the public appears to be unaffected by the problem, it may jeopardize the government’s effort to address the energy shortfall, which was mostly brought on by the conflict in Ukraine.

The government said that maintenance work will be done in October and that it would take at least a week to rectify the issue. The plant, which is operated by E.ON subsidiary PreussenElektra, will have to entirely cease operations during that time, the ministry said.

The nuclear power station was initially planned to shut down as part of Germany’s efforts to phase out atomic energy in late 2022. Berlin was compelled by the present energy crisis to keep the facility on standby until April 2023 as a backup power source that could be used if things get worse.

Given the most recent development, the environment ministry declared that it is currently considering whether the NPP can be utilized agree on authorized for that purpose.

However, a representative for the power company E.ON expressed optimism that the German government and E.ON may agree on authorized a solution that would allow Isar 2 to continue operating through December 31.

The government authorized many measures to lower winter energy use in late August, including a restriction on lighting and heating in public structures. The government has also urged individuals to conserve energy in whatever way possible.

The EU’s sanctions against Russia over the conflict in Ukraine were a major contributor to the energy crisis that has affected most of Europe.