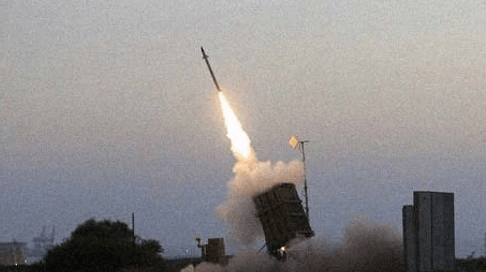 According to reports, Romania is looking to buy the Iron Dome missile defense system.

According to a Tuesday article in the Israeli newspaper Haaretz, Romania is “extremely keen” to purchase Israel’s Iron Dome missile defense system. Vasile Dincu, the defense minister for Romania, said he intends to increase arms purchases from Israel whether the contract is completed or not.

According to anonymous sources cited by Haaretz, Romania is interested in the contract that would make it the first NATO nation to field the Israeli system. The announcement, nevertheless, comes after Dincu’s trip to Israel last week.

In a newspaper article, Dincu omitted the Iron Dome but stated that Bucharest wants to “increase our military and security cooperation with Israel in many sectors.”

He said, “We want to learn from Israel how to strengthen [our] military.” Israel has the most expertise on the topic due to its experience.

The US and Israel jointly funded the Iron Dome, which Israel first used in 2011. Israel claims that its radars and missile batteries detected and destroyed 97% of rockets launched from the Palestinian enclave of Gaza during a three-day operation it conducted against the Palestinian Islamic Jihad in August.

Israel has not been able to attract many overseas consumers to the system despite its apparent efficacy. Several countries have purchased its radar component, including Canada, Finland, India, and Singapore. However, only the US and Azerbaijan are known to have purchased their missile batteries, with the US Army only purchasing two. Germany is thinking about purchasing the system, and Cyprus reportedly decided to acquire it last month.

Any sale of the Iron Dome to a foreign nation requires Washington’s consent because the US and other countries jointly designed the system.