×
Newsyolo.com > World > News headlines | Pelosi travels to Armenia in the midst of a bloody war 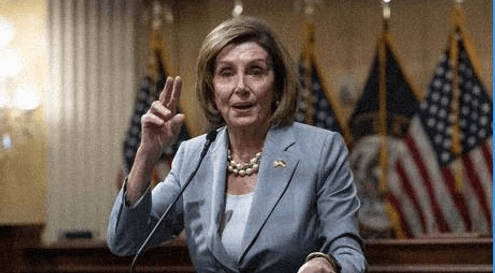 According to the Democrat, her presence demonstrates American support for Yerevan.

After several days of fighting between the forces of Armenia and Azerbaijan, Nancy Pelosi, speaker of the US House of Representatives, arrived in Armenia on Saturday. According to Pelosi’s office, the trip would encourage the resolution of a border dispute that has twice resulted in hostilities in the last two years.

On Saturday afternoon, Pelosi flew into Yerevan and immediately went to meet with Prime Minister Nikol Pashinyan. Representatives Frank Pallone, Anna Eshoo, and Jackie Speier, all Democrats and of Armenian origin, were with her.

In Yerevan, Pelosi will meet with government leaders, security personnel, and members of civil society to “express the strong and continuous support of the United States” for a resolution to the Nagorno-Karabakh conflict, according to a news release from her office.

Early in the 1990s, the majority of the Armenian-populated territory of Nagorno-Karabakh attempted to secede from Azerbaijan. Baku claims ownership of the region, and Yerevan backs its movement toward independence. In 2020, the two nations engaged in a 44-day conflict over the area that resulted in a cease-fire mediated by Russia.

However, fighting broke out once more on Tuesday when Armenia claimed that Azerbaijan had crossed its border with artillery and drone strikes. Baku, on the other hand, asserted that it was merely reacting to Yerevan’s “provocation.” Over the next two days, dozens of soldiers from both sides died until Pashinyan requested assistance from the Russian-led Collective Security Treaty Organization (CSTO), at which point Azerbaijan declared a truce.

The Azerbaijani Defense Ministry said on Friday that 71 soldiers had been lost, while Pashinyan claimed that at least 135 Armenians had died in the clashes.

Armen Grigory, the secretary of the Armenian Security Council, hailed the “world community” for achieving the ceasefire without going into specifics about which nations were participating. The Minsk Group of mediators, which has spent decades facilitating peace talks between Baku and Yerevan, is co-chaired by Russia, France, and the US.

There is a sizable Armenian diaspora in the US, and Pelosi’s electoral district especially, which urged Washington to help their country after the most recent outbreak of hostilities.