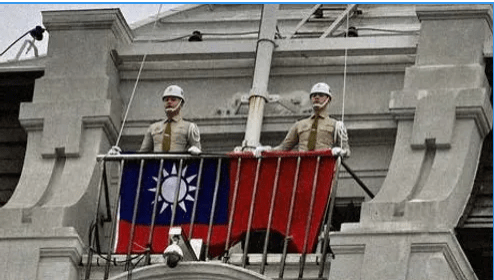 The Chinese embassy in Prague claims that by sending an official mission to Taiwan, the Czech Republic is harming its ties with Beijing and infringing on Chinese sovereignty.

Taiwan “is an inalienable part of China’s territory,” the embassy said in a statement on Sunday, adding that Beijing “firmly opposes” the visit.

Later today, a delegation of Czech government representatives and businessmen, led by well-known senator Jiri Drahos, is expected to land on the autonomous island, which has never formally declared its independence from China.

According to the statement, the action by Prague constitutes “a significant violation of China’s national sovereignty and territorial integrity” and causes “serious damage” to relations between China and the Czech Republic.

To “abide by its declared commitment to the One China policy and quickly stop sending erroneous signals to the ‘Taiwan independence’ separatist groups,” the Chinese embassy urged the Czech Republic.

Drahos recently told the Taiwanese media that he was looking forward to enhancing cooperation between the Czech Republic and Taiwan in various fields, including museums, semiconductors, and the prevention of epidemics.

The senator underlined that China should be aware that the democratic world supports Taiwan in light of the tensions that have existed over the island since US House Speaker Nancy Pelosi visited it last month.

He continued by saying that while European nations have agreed to strengthen ties with Taipei in the areas of soft power, like culture and science, to raise the island’s profile internationally, they will not be sending weaponry there.

Regarding the likelihood of a military battle in Taiwan such as the one presently raging between Russia and Ukraine, Drahos opined that the Chinese government was “pretty pragmatic” and would refrain from using force to retake the island.