×
Newsyolo.com > entertainment > Nomination dates and other information for the 2023 Oscars 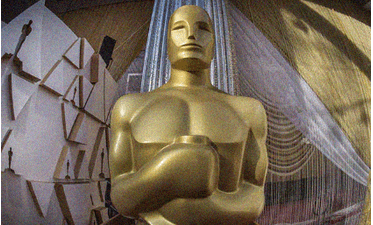 Nomination dates and other information for the 2023 Oscars

The general entry categories for the 2023 Academy Awards will accept submissions until November 15.

Washington: The Academy of Motion Picture Arts and Sciences and ABC announced on Friday that the 95th Oscars will take place on March 12, 2023. The Academy Awards will be presented in March for the second consecutive year, Variety reports, with the previous year’s ceremony taking place on March 27. More than 200 countries will watch the 95th Oscars live on ABC from Hollywood’s Dolby Theatre.

The general entry categories for the 2023 Academy Awards must be submitted by November 15 to be considered. The preliminary voting will start on December 12 and end with the announcement of the shortlists on December 21.

The nomination process will run from January 12 through January 17, 2023, and the eligibility period will finish on December 31. According to Variety, the nominees will be revealed on January 24, 2023, and the voting will take place between March 2 and March 7, 2023.

Hollywood is still coming to terms with the 2022 Academy Awards, which may have been the most contentious to date given Will Smith’s iconic slap of Chris Rock on stage and subsequent best actor triumph for his work in King Richard.

The important dates for the 2022 Oscars are listed here. The deadline for general entry categories is Tuesday, November 15, 2022. Governors Awards on November 19, a Saturday. Preliminary voting starts at 9 a.m. on Monday, December 12. December 15, 2022, Thursday. The announcement of the Oscar shortlists will occur on December 21. The eligibility period expires on Saturday, December 31. Voting for nominations starts at 9 a.m. on January 12, 2023. Voting for nominations finishes at 5 p.m. on January 17, 2023. the announcement of the Oscar nominations on January 24. Luncheon for Oscar nominees on Monday, February 13. Finals voting starts at 9 a.m. on Thursday, March 2. The last day to vote is Tuesday, March 7 at 5 p.m. The 95th Annual Academy Awards are on Sunday, March 12.

Will Smith recently withdrew from the Academy, which also gave him a 10-year attendance ban from its functions.