×
Newsyolo.com > Latest > Official: Hundreds of Russians are working at the World Cup in Qatar. 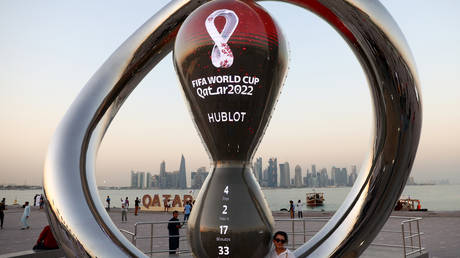 Official: Hundreds of Russians are working at the World Cup in Qatar.

Russia has shared its knowledge gained from hosting the 2018 edition of the competition.

According to football official Alexey Sorokin, 350 Russians are employed by the organization team for the FIFA World Cup in Qatar.

Sorokin oversaw the local organizing teams for both the Euro 2020 matches that took place in St. Petersburg last year and the 2018 World Cup in Russia.

He has shared his expertise with others to assist Qatar in getting ready for the biggest sporting event the world has ever seen.

“The next World Cup will be organized using our experience and knowledge. According to Sorokin this week, there are about 350 Russians employed here in a variety of functional fields, including security, accreditation, facility management, volunteers, and a large number of IT specialists.

“We are represented in almost every department of the company. The team is very diverse. Greeks, Brits, Americans, Brazilians, Spaniards, and Argentines are among the population. There is a fair amount of football expertise present.

There are many Qataris present, so I don’t want to give the impression that this championship is entirely ‘foreign. There are many Middle Eastern colleagues, including Jordanians and Lebanese.

Qatar will host the World Cup for the first time in Arab history and will be the smallest country to do so in the tournament’s 92-year history.

When compared to the Russia World Cup, which was spread out over 12 stadiums in 11 host cities, from Kaliningrad in the west to Ekaterinburg in the Urals, the disparity in geographic size will be especially pronounced.

On and off the field, the Russian tournament was widely hailed as a huge success. Even though he commended Qatar for its efforts, including the adoption of free transportation for fans, something seen in Russia four years ago, Sorokin said that organizers can never be “fully ready.”

It would be a little arrogant to claim that everything is unquestionably prepared. I’ll say it again: There have been significant investments in time, money, and preparation [in Qatar].” Sorokin said.

The nation takes competition very seriously. It could be said that the entire government and all departments have united behind this particular event.

The discussion in Western media about the working conditions for migrant workers and how the Gulf state treats the LGBT community has dominated the lead-up to the tournament in Qatar.