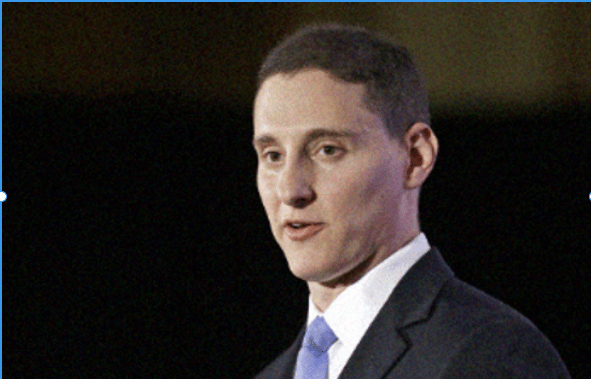 Ohio senators| Mandel plans to run for the Senate again in Ohio.

Replacing retiring senator Rob Portman in the GOP primary is going to be a crowded and expensive contest.

Mandel, a 43-year-old Marine veteran, is running for the Senate for the third time after losing to Sen. Sherrod Brown (D-Ohio) in 2012 and quitting his 2018 campaign due to family health issues. He comes into the race with the statewide experience and more than $4 million in his federal campaign account, but the Republican nomination is anticipated to draw a costly and fiercely contentious competition.

In a statement launching his campaign, Mandel stressed his support for “President Trump’s America First Agenda” and claimed that the “sham” impeachment trial of former President Donald Trump, which started this week, was what motivated him.

In a Wednesday interview, Mandel stated, “I’m coming to Washington to further the Trump agenda and to take on the establishment.

He declared that the impeachment trial was unlawful, a stance shared this week by the majority of Republican senators in a vote before the trial began. He continued by saying that he did not believe Trump was at fault for what happened on January 6, when rioters overran the United States. He described the day as “tragic” but said that it was “not President Trump’s fault” after the demonstration on the National Mall, adding that he would have supported other Republican senators’ objections to the Electoral College’s certification.

Mandel declared, “If I were a United States senator, Sens. Rick Scott and Ted Cruz and I would have been blocking the certification of the election.”

Trump won Ohio by 8 percentage points in the previous election. Holding onto Portman’s seat would be essential for Republicans’ attempts to wrest back the majority from Democrats. He is one of four Republican senators who have announced their retirement.

Mandel is commencing his campaign with a dependable group of operatives. The campaign manager will be Scott Guthrie, who has worked with Mandel since he was the state treasurer. Mandel’s consultants will be Jeff Roe’s former operatives Ethan Zorfas and Kristin Davison of Axiom Strategies, while Rachel Wilson will serve as his director of finance.

There will probably be a lot of candidates and spending in the GOP primary to succeed Portman. In preparation for a candidacy, Jane Timken, the former state GOP chair, resigned from her position last week. She then hired several Corry Bliss, the campaign manager for Portman’s successful 2016 reelection, and other former campaign staffers. Others are thinking about running as well, including Rep. Steve Stivers, Secretary of State Frank LaRose, and State Senator Matt Dolan.

Josh Mandel is the most despicable candidate to ever run for the Ohio Senate in recent memory, but he’s still running after his scandal-riddled history of corruption and conspiracies brought down his previous two campaigns, according to Stewart Boss, a spokesman for the Democratic Senatorial Campaign Committee.