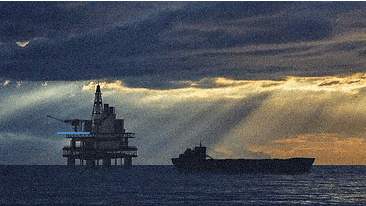 According to reports, Paris desires the re-entry of Venezuelan and Iranian crude into the world market.

According to news outlets citing President Emmanuel Macron’s office, the French administration aims to replace Russian oil by allowing sanctioned crude from Iran and Venezuela to re-enter the international market.

According to a representative of the Élysée Palace quoted by Reuters, Paris also wants a proposed system to cap the price of oil to be as inclusive as possible and not just apply to Russian shipments.

The declarations come as the G7 nations—the United States, Canada, France, Germany, Italy, the United Kingdom, and Japan—meet in Germany to discuss how to exert more economic pressure on Russia to persuade it to stop its military operation in Ukraine.

A nearly complete economic blockade has been placed on Iran because of its nuclear program by the US and its allies, who also own a fifth of the Middle East’s oil reserves. Iran continues to export crude, with China being its main market. The oil exports from Iran have increased by twofold since last year, according to the country’s president, who spoke last month.

US sanctions have been in place on Venezuela, which has the greatest known oil reserves in the world, for more than 15 years. Due to its worries about the democracy and human rights situation in the South American nation, the EU put limitations on Caracas in 2017. However, with the start of Russia’s military campaign in Ukraine in February and the US and Europe’s subsequent ban on Russian oil, Washington signaled that it may relieve economic pressure on Venezuela, which would include allowing an increase in oil exports. Iran and Venezuela struck a 20-year agreement earlier this month to cooperate in many fields, including energy, oil, and gas.