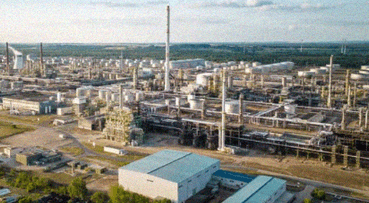 Two subsidiaries of Rosneft, the world’s largest energy company, are now temporarily under the management of the German government.

The government is now in possession of Rosneft’s shares in three refineries nationwide thanks to this move.

This includes a crucial plant in the northeast of the nation, where Rosneft holds a majority share and which supplies almost 90% of Berlin’s gasoline.

According to Germany’s economy minister, the action was required to address an emerging threat to energy security.

The national energy regulator received the management of the PCK Schwedt refinery in Brandenburg and stakes in two additional refineries in the country’s south from the German government on Friday.

According to the economy ministry, the decision was required because crucial clients and service suppliers were no longer eager to deal with Rosneft, endangering the refineries’ ability to continue operating.

The Schwedt refinery, the fourth-largest in Germany, serves as Berlin’s primary source of gasoline, diesel, and aviation fuel. A 54% share of the facility is owned by Rosneft.

Since the Druzhba pipeline was constructed in the 1960s, the refinery has gotten all of its crudes from Russia through it. Schwedt also provides for parts of western Poland.

Less than a year ago, Rosneft decided to purchase Shell’s stake in PCK, giving it more than 90% ownership of the crucial Schwedt refinery.

The Ukraine war ruined that agreement. Now that the German government is in charge, the dispute has drastically altered Europe’s energy landscape.

In better times, the refinery would pump out refined products for Berlin and Brandenburg after receiving massive amounts of oil from central Russia via the Druzbha pipeline.

However, other sources of supply will need to be discovered since Germany has vowed to boycott Russian oil even if the pipeline itself is not subject to the upcoming EU embargo.

It was thought that it was unachievable with Rosneft in control. Berlin was worried that the Russian company might simply shut down the plant rather than utilize foreign oil.

That headache is now gone, but it’s still unclear where the replacement supplies will come from.

Rosneft Deutschland, which makes up roughly 12% of the capacity for processing oil in Germany, will be managed by the Federal Network Agency regulator because it was determined that the previous owner no longer had the right to give orders. Additionally, the regulator was given command over the RN Refining and Marketing subsidiary of Rosneft.

The trusteeship “counters the threat to the security of the energy supply and lays a crucial cornerstone for the preservation and future of the Schwedt site,” according to the German economy ministry.

According to the report, crucial vendors including banks, IT service providers, and insurance firms were no longer willing to operate directly with Rosneft’s subsidiaries or through its refineries.

The shares of Rosneft Deutschland in the MiRo refinery in Karlsruhe and the Bayernoil refinery in Vohburg have also been taken over by the Federal Network Agency. Both 28% and 24% of the shares are owned by Rosneft.

According to European sanctions put in place because Russia invaded Ukraine, Germany must stop importing Russian oil by the end of the year.

According to the ministry, the action taken on Friday included a package to guarantee that the Schwedt refinery could obtain oil via alternate methods.

Uncertainty exists around a potential successor to Rosneft as a refinery operator. Shell, which holds a 37.5% share in Schwedt, has long desired to leave the company.

In response to Russia cutting supplies to Europe in retaliation for Western sanctions, Germany announced this week that it will increase loans to energy companies at risk of being wiped out by skyrocketing gas prices.

German utility Uniper said on Wednesday that an earlier state rescue package for 19 billion euros was no longer adequate and that the government might seize a controlling interest.

In addition, SAFE, formerly known as Gazprom Germania, has been placed under trusteeship by the government after Russian energy giant Gazprom abandoned it in April.