×
Newsyolo.com > Business > Paris tower | Eiffel Tower will aid in the fight against the energy crisis 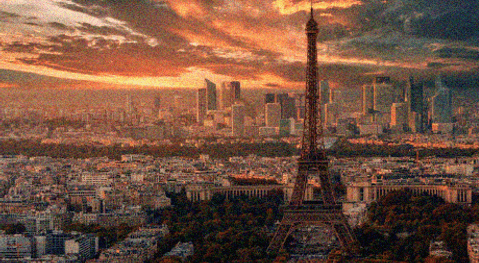 According to reports, Paris Mayor Anne Hidalgo will insist on shortening the time the municipal monument is illuminated.

In response to rising fuel prices and a crisis in the EU’s standard of living, the mayor of Paris is anticipated to reduce the use of illumination at the Eiffel Tower.

Early next week, according to a story on Saturday in the French magazine Le Journal du Dimanche, Mayor Anne Hidalgo will announce her energy-saving strategy.

According to reports, the package includes turning off the 336 projectors that give the iconic French landmark its nighttime golden glow 75 minutes sooner than usual. When the final guests depart at 11:45 p.m. local time (10:45 GMT), the 330-meter-tall tower is anticipated to go dark.

“The measure, which will be made public on Tuesday, primarily has symbolic significance. According to Jean-Francois Martin, administrative chair of the Society for the Exploitation of the Eiffel Tower (SETE), “We are going to drastically cut the lighting time of the tower without impairing its functioning, without interfering with visitors and restaurant patrons.”

The energy savings, according to Martin, “won’t be fantastic,” but they will serve as a model for others.

Over 20,000 people visit the monument daily, and it is said that 4% of its yearly energy use is used for nighttime lighting.

The nighttime lighting of important sites is likewise being reduced in other cities around the nation. The Pharo Palace and other landmarks in Marseille will turn off their lights sooner