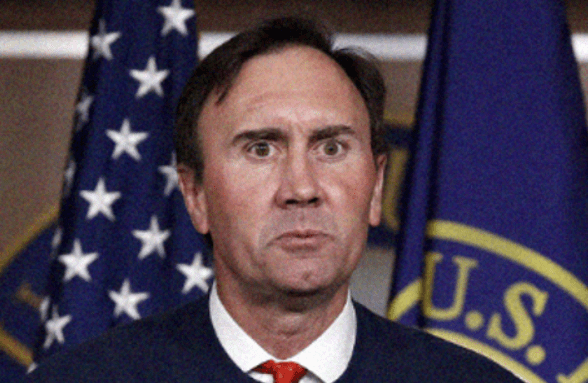 Rep. Pete Olson (R-Texas) declared on Thursday that he would not run for reelection in 2020, creating an opening in a potentially competitive district in the suburbs of Houston.

First elected in 2008, Olson announced his resignation to spend more time with his family.

It’s time for me to follow my advice and be a more dependable presence to support our family, he added, as someone who has long fought for laws that prioritize families. Because of this, I won’t run for reelection even though my tenure in the 116th Congress will be up soon.

Despite the district’s longstanding Republican support and the fact that former House Majority Leader Tom DeLay once served as its representative, Democrats have made strides in recent years, and the election could end up being one of the most closely contested House contests in the nation next year.

Before Olson’s announcement, it was said that Troy Nehls, the retiring sheriff of Fort Bend County, was considering running for office.

Olson’s retirement announcement was quickly capitalized on by the House Democrats’ campaign arm, which claimed that it would increase their chances of winning the seat in 2020. On the “GOP retirement watch list” maintained by the Democratic Congressional Campaign Committee was Olson.

Pete Olson chose to retire rather than be removed from office in 2020 because Republicans across Texas are frightened of losing their seats, according to DCCC spokesperson Avery Jaffe. Democrats can win this open seat in one of the most diverse districts on the ballot, and we look forward to Congressman Olson spending his golden years in the heart of Texas.

The DCCC established a presence in the Lone Star state earlier this year after picking up two Texas House seats in 2018 and nearly winning several other contests. Republicans are already beginning to feel the squeeze as Democrats aim to make Texas a key House battleground in 2020.

The second Republican in the House to announce his retirement this week is Olson, 56. Representative Paul Mitchell (R-Mich.), a member of the GOP leadership, likewise declared he would not run for reelection, citing both personal and political “vitriol” as his reasons.

Olson graduated from the University of Texas College of Law in 1988 and currently sits on the House Energy and Commerce Committee and is a co-chair of the Congressional Refinery Caucus. Olson joined the US Navy the day after passing the Texas bar exam, and he later participated in the Gulf War.