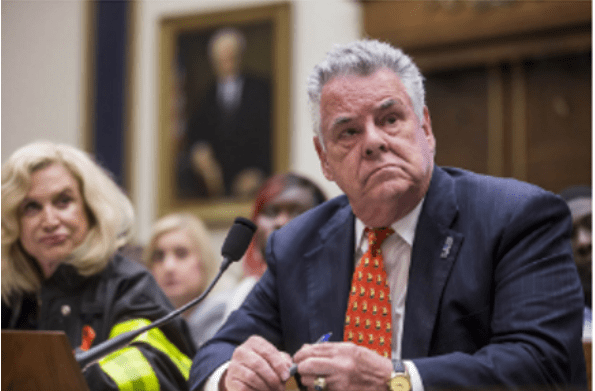 He is the 20th Republican House member to declare his intention to leave the office at the end of this Congress.

Rep. Peter King of New York said in a statement on Monday that he would not run for reelection in 2020, making him the most recent House Republican congressman to do so in recent months.

King, a 14-term congressman originally chosen in 1992, stated that the “primary reason” for his departure was that “it is time to cease the weekly journey and be home” in Seaford, New York, after 28 years of spending four days a week in Washington, D.C.

In the next chapter of his extremely lucky life, he stated, that he will “stay politically involved and look forward to seeing what chances and challenges await me.”

Even though King’s seat is competitive, he stated that his decision to resign was not motivated by concern about a challenger in the election of the next year by pointing to his popularity in public polling and his sizable campaign war chest.

Since my polling ratings are the highest they have ever been and I have more than $1 million in campaign finances, he remarked, “Politically, I will miss the energy and vibrancy of a re-election campaign.”

King’s margin of victory for reelection in 2018 was only 6 percent, significantly less than the 17 percent he had in 2016. In 2016, President Donald Trump won his district, which includes portions of Nassau and Suffolk counties and stretches along Long Island’s South Shore, by 9 points, but former President Barack Obama had already won it twice.

Erin King Sweeney, a member of the Hempstead Town Council, was long considered a potential candidate to take up her father’s congressional seat. King Sweeney, however, halted her political career earlier this fall when she declared that she was relocating to Charlotte, North Carolina.

Before leaving office, King declared that he would oppose Trump’s impeachment during the Democratic-led House investigation and would back the president’s attempt for reelection in 2020.

Along with King, 20 GOP House members, including a few Republican committee chairmen, have declared their intention to leave the office after this Congress.