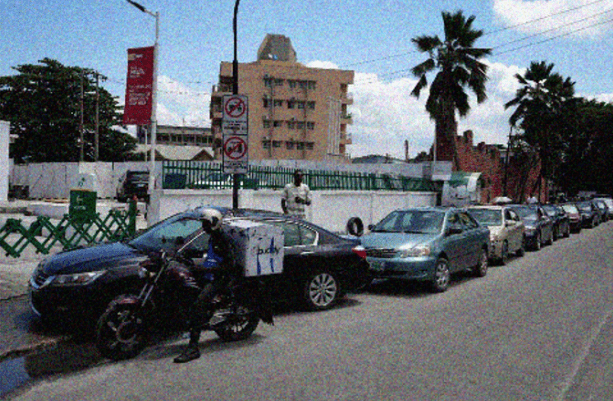 Widespread gasoline shortages in Nigeria are making it necessary for drivers to wait hours in gas lines and driving up the cost of both transportation and essential goods.

Nigerian capital ABUJA Widespread gasoline shortages in Nigeria are making it necessary for drivers to wait hours in gas lines and driving up the cost of both transportation and essential goods.

Retailers claim that they can only charge the price established by the government, causing them to operate at a loss, even though Russia’s war in Ukraine has increased fuel prices by more than 100%.

The situation has not improved despite the government’s assurances that the shortages will shortly end. Retailers of fuel are pleading with the government to deregulate the market so they can have the freedom to determine their pricing.

The pump price must stay the same, the Nigerian government insisted this week.

The price of diesel has increased as a result of the conflict in Ukraine, yet you have not enabled shops to raise prices to match the expense. So where will they get the extra cash from? asked Clement Isong, the president and CEO of the Nigerian Major Oil Marketers Association.

According to Isong, Nigeria’s current gas shortage—the third in 2022—is a result of gas dealers’ struggles with rising prices. In the last few months, he claimed, the cost of carrying fuel to the depots has increased by 80%.

He pleaded with the administration to accept higher prices, claiming that “people are suffering.” Isong stated, “What we are saying is, do it (increase the price) gradually, let it not stay fixed.

Despite being one of Africa’s top producers of crude oil, Nigeria frequently has gasoline shortages. According to the Organization of Petroleum Exporting Countries, Nigeria produced 1.42 million barrels per day on average in May. However, because there are so few operational refineries, the nation must import the majority of its petroleum.

While some stations in Abuja, the nation’s capital, continue to sell at the government-set pump price, others have gone ahead and raised their prices, which has shortened their lineups.

According to Uwadiae Osadiaye, senior vice president of energy and industrials of FBNQuest Merchant Bank, the solution to the gas crisis is to allow gas stations to charge more.

He urged raising the pump price so that tanker drivers wouldn’t incur losses. Deregulation is “the most effective option,” according to other fuel vendors, to address the ongoing gasoline shortage.

Bagana Usman, a taxi driver, claims that the lengthy waits for petrol have caused a 60% decrease in his daily profits. He waited in line for petrol for most of Thursday.

“I wish that this fuel shortage will end so that everyone will live, “the two-time father remarked. “Let’s carry on with our work.