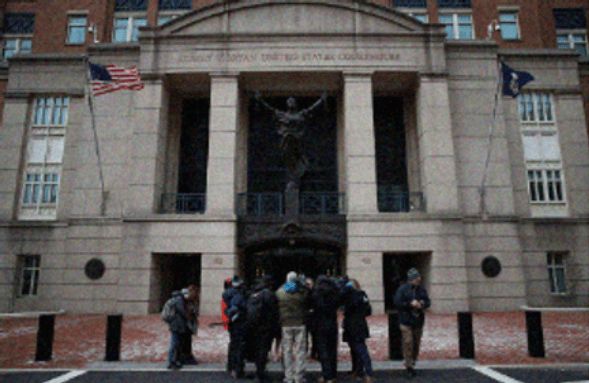 In one of the first instances of its kind, Kelley Rogers, the former president of the consulting company Strategic Campaign Group, pled guilty to wire fraud last year.

In a federal court in Alexandria, Virginia, on Friday, a PAC operator whose business garnered more than $20 million in recent years but spent almost no money on political activities received a three-year prison sentence.

In one of the first cases of its kind, Kelley Rogers, the former president of the consulting company Strategic Campaign Group, pleaded guilty to wire fraud. This was a sign that federal authorities are starting to crack down on “scam PACs,” which solicit donations for political causes while keeping the majority of those funds for profit.

Requests for a response from Rogers’ attorney were not answered.

During the 2013 Virginia governor’s race for the Republican Ken Cuccinelli, Rogers “intentionally misrepresented to donors that these PACs would use the cash to assist political causes and candidates,” according to a U.S. investigation into his political action committees. In a memo submitted in the U.S., attorney Zachary Terwilliger wrote District Court for Virginia’s Eastern District.

Instead, Terwilliger said that Rogers “misappropriated almost all of the funds for his profit and the benefit of his PACs and favored vendors.”

With the aid of a select group of chosen vendors who were paid handsome sums for their services, Rogers and other members of Strategic Campaign Group frequently invested the money they had earned to recruit new donors. They invested millions of dollars to build a sizable email list, or “house file,” which they could then rent to campaigns for a sizable sum of money.

A POLITICO and ProPublica investigation found that Rogers was also involved in operating the Conservative Majority Fund, a PAC that raised roughly $10 million between 2012 and 2019 but spent hardly any of it on political campaigns or other activities.

Scott Mackenzie, a different member of the Strategic Campaign Group, also admitted guilt in federal court but has not yet received a sentence. Chip O’Neil, a third former employee of the organization, is anticipated to enter a guilty plea this month.

Rogers was given a three-year prison term and also had to pay $491,299 in restitution.

Terwilliger penned, “The defendant’s crimes are not victimless.” The First Amendment of the Constitution protects the right to free speech, which is so fundamentally vital that it involves thousands of victims and millions of cash that the victims wanted to donate to the political process.