×
Newsyolo.com > Political > President 2024 | Most Republicans and independents predict Trump will run in 2024,. 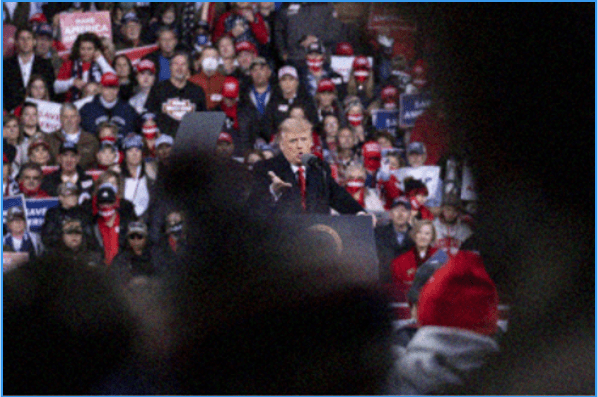 President 2024 | Most Republicans and independents predict Trump will run in 2024,.

Along with 60% of independents, 76 percent of Republicans said another Trump candidacy was likely.

According to a POLITICO/Morning Consult poll released on Wednesday, a sizable majority of Republicans and independents have optimism that President Donald Trump will act on his ideas about running for president again in 2024.

While some in his party have openly applauded the idea of him running for president again—a strategy that has only been successful once in American history—others worry that a potential Trump run will crowd out the Republican field and prevent the party from moving past the Trump phenomenon and its embrace of election misinformation.

Despite Trump’s legal issues, the transition to the Biden administration is well underway. Over the past few weeks, Biden has announced several scheduled major administration selections.

Democrats reacted mostly favorably to Biden’s choices, according to a survey taken on Wednesday. However, the majority of respondents, including both Democrats and Republicans, were unable to name the probable nominees.

Similar responses were given for Janet Yellen, Biden’s choice for Treasury secretary and the first woman to lead the Federal Reserve, who was well-known in the public eye. While 58% of Democrats rated Yellen favorably, 37% of Democrats and 44% of Republicans said they either didn’t know anything about Yellen or didn’t have an opinion.

During the online survey’s dates of December 4–6, 1,990 eligible voters participated. There was a plus or minus 2 percentage point error margin.