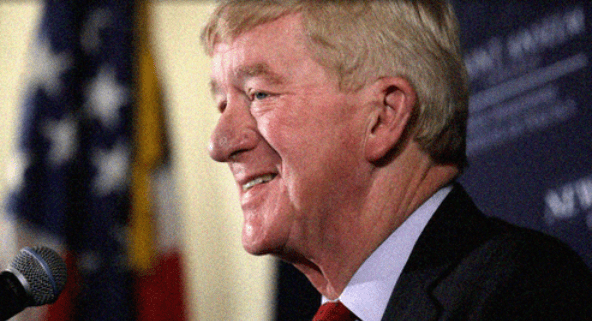 — Boston William Weld, a former governor of Massachusetts, has announced that he will run against President Trump in the Republican primary in 2020.

Weld announced on Monday during an appearance on CNN, “I’m running for president of the United States.” “I should raise my hand and run; I would be ashamed of myself otherwise.”

Weld, 73, most recently competed as Gary Johnson’s vice presidential running mate in the 2016 Libertarian presidential primary. He held the office of governor of Massachusetts for two terms in the 1990s and was seen as a financially conservative Republican with a moderate social outlook. This year, he reregistered as a Republican in Canton, Massachusetts, where he resides.

Weld highlights his accomplishments as the U.S. attorney for Massachusetts under President Ronald Reagan, as well as his experience balancing the state budget and lowering taxes, in his presidential announcement video. Weld uses video recordings of Trump making fun of a disabled person and talking about grabbing women by genitalia to contrast himself with the president.

To research a White House run, Weld established a presidential exploratory committee in February and has since visited New Hampshire several times. In March, he took Republican National Committeeman Steve Duprey on a tour to Concord, New Hampshire, where they spoke about the importance of a fair primary system. Weld has already stated he hopes to win over Republicans despite Trump’s strong polling numbers among them in early vote areas like New Hampshire.

I was unable to back Donald Trump for president. Weld stated on Monday, “I could never support the president. I’m not saying I would ever back a Democrat in this campaign. Weld, who was running for president on a different ticket, expressed support for Hillary Clinton over Donald Trump just before the 2016 election. about