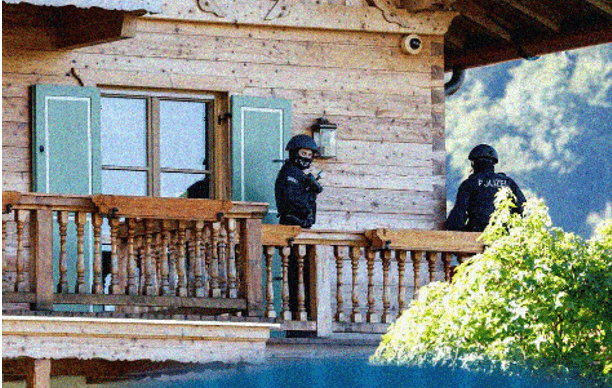 In connection with alleged violations of sanctions and money laundering laws, hundreds of police have raided 24 houses in Germany connected to Russian oligarch Alisher Usmanov, a close supporter of President Vladimir Putin.

State and federal police were searching the 24 houses in Bavaria, Baden-Wuerttemberg, Hamburg, and Schleswig-Holstein, according to separate announcements from prosecutors in Frankfurt and Munich.

The suspect was only identified as a Russian businessman in the statement from Frankfurt prosecutors. However, the German monthly Der Spiegel, who broke the story of the raids, identified him as Usmanov.

His identification was confirmed to The Associated Press by two investigators, who spoke to the media under the condition of anonymity because they were not permitted to talk publicly.

The United States and European Union sanctions are in place against Usmanov.

The subject of the inquiry, according to Frankfurt prosecutors, is believed to have carried out many transactions between 2017 and 2022 using a sophisticated network of offshore firms to conceal the source of the funds, which totaled millions of euros.

Prosecutors stated that there is “suspicion” that the funds sent were obtained through criminal activity, including tax avoidance.

In a statement, Munich’s prosecutors stated that the focus of their investigation was on claims that payments were made to security companies guarding the premises in violation of sanctions laws.